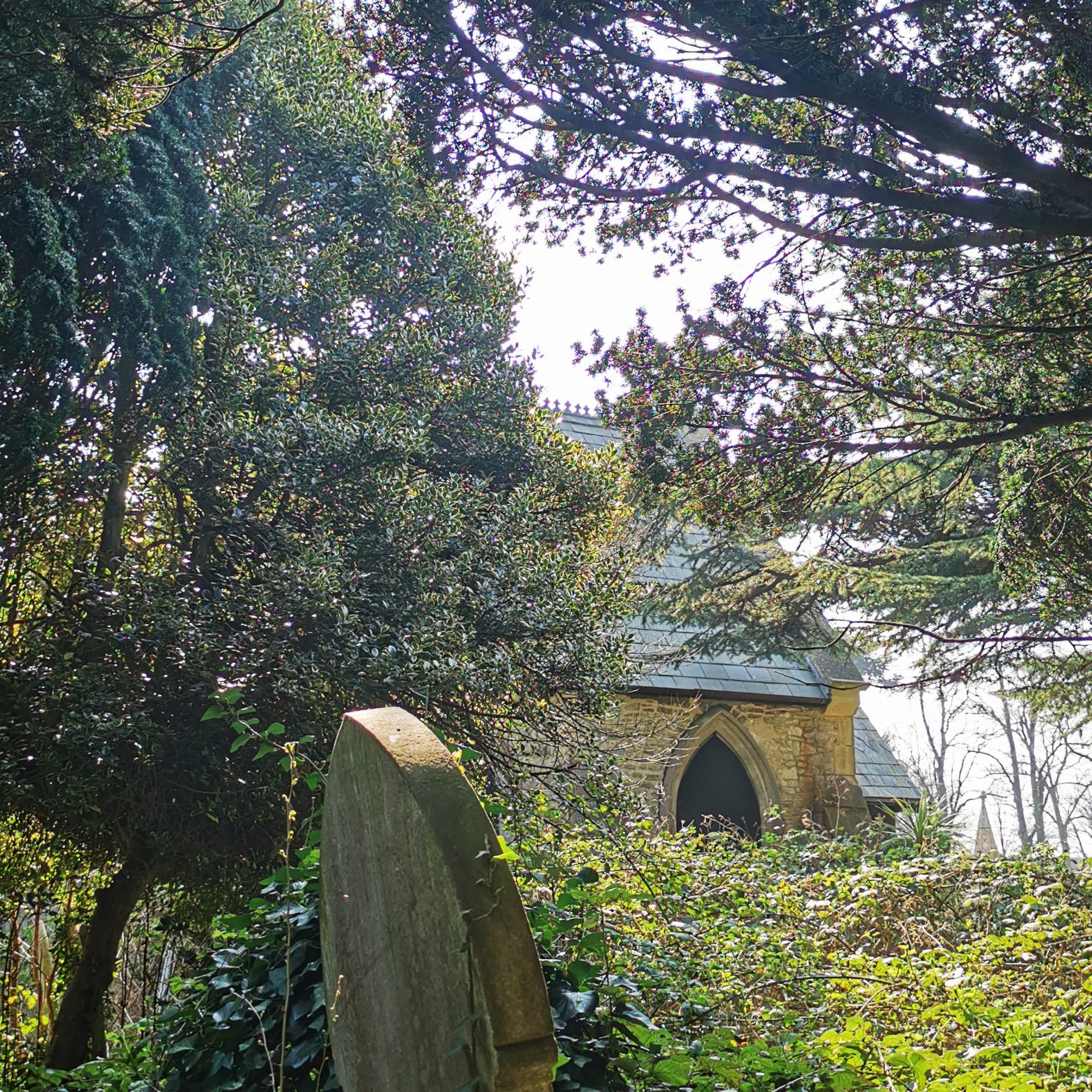 A view of the North Chapel - Ann's Hill Cemetery

As England’s population grew there was a need for more places to bury our dead. Each church’s graveyard held the dead of its parish and burying the dead was only allowed on the lands near a church.

The Hampshire church graveyards became full to overflowing and there was a need for more space, which often could not be found by expanding the size of existing graveyards. Therefore, cemeteries came into being to provide this space, from the 1820’s.

After the initial opening of private cemeteries in the 1830s and 1840s, a second wave of local authority cemeteries was opened from the 1850s onwards. These were run by ‘Burial Boards’, and offered burial space for all sectors of society, based on the established garden cemetery model of the private companies.

Anyone could be buried in a cemetery, not just orthodox Christians. They provided burial places for non-conformists and non episcopal burials as well as Christians who could not or did not wish to be buried in their local church’s graveyard.

Before the mid 19th century most cemeteries were run as a private business and others by local authorities. The Burial Act of 1852 established Burial Boards which provided new publicly run cemeteries.

In Gosport, the renowned Portsmouth architect Thomas Ellis Owen was engaged to design a new cemetery at Ann’s Hill Lane, Gosport, south of Leesland Road. The ground was consecrated on 27 March 1855 and the cemetery opened in April 1855. The layout and design was supervised by the Alverstoke Burial Board, who acquired by purchase eight statute acres of land from the then current leaseholder.

Owen designed two mortuary chapels and a porter’s lodge near the entrance, together with the perimeter brick wall. The wall was enhanced by trees that bordered its entire length. The two small chapels were at first referred to as the Dissenter’s Chapel to the north and the Episcopal Chapel to the south, which also had a small integral bell tower. Beneath the bell tower, through the side door, is a small (night)watchman’s room with its own fireplace.

Through the entrance, with the porters lodge to its north, paths led out in four directions from a central circular flower bed with a fountain in the middle. In the north-east corner a small gate led to a church path, or corpse road which ran northwards to Leesland Road. This was for mourners to carry the dead to the cemetery if they could not afford a cart or carriage.

In 1891 it was reported at a meeting of the Alverstoke Burial Board that the aggregate burials was 12,700, a yearly average of 353. It was proposed in December 1900 that the duties of the Alverstoke Burial Board be transferred to the Council as provided by the Local Government Act of 1894. By 1898 an office was added to the south side of the entrance opposite the porter’s lodge with a covered gateway connected the two.

Ann’s Hill Cemetery came under the control of the District Council in 1901 and the cemetery was extended by adding an area of land on the west side of Ann’s Hill Road, north of Wilmott Lane. By this time the north chapel had become the ‘Nonconformist’ chapel and the south one the ‘Church of England’ chapel. A proposed further extension to the west end was discussed by the Council in 1920, costing £800 and four and a half acres of land on the west side of Ann’s Hill Lane (to become Ann’s Hill Road) were added in 1934. Today only the south chapel is in use. Thanks to Historic Gosport for this information.

To hear its history, the stories behind the symbolism of the monuments and headstones, the importance of the landscaping and the hidden meaning of the Flora in this earthly paradise, sign up to a Heritage Days guided walk around Ann’s Hill old Victorian cemetery.