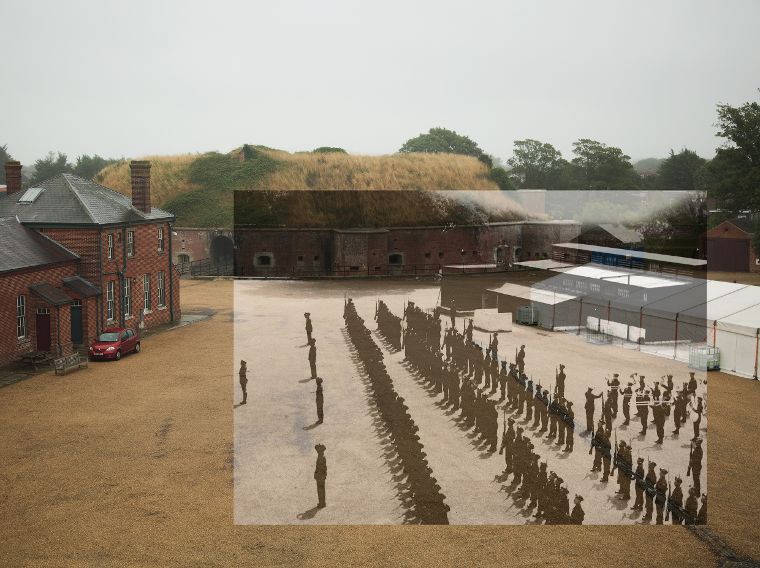 Some fantastic photos of Fort Brockhurst taken by Victoria Smith, superimposing the past onto the present.  This is what she says..

“Whilst researching the history of Fort Brockhurst I decided to produce a series of images that showed how space within the secured compound had been used by the Military before and during the First and Second World Wars. By taking my own images I was able to replicate the space with the images of the past, thus creating an archive of an archive. The images evidence what was once there but now removed.”