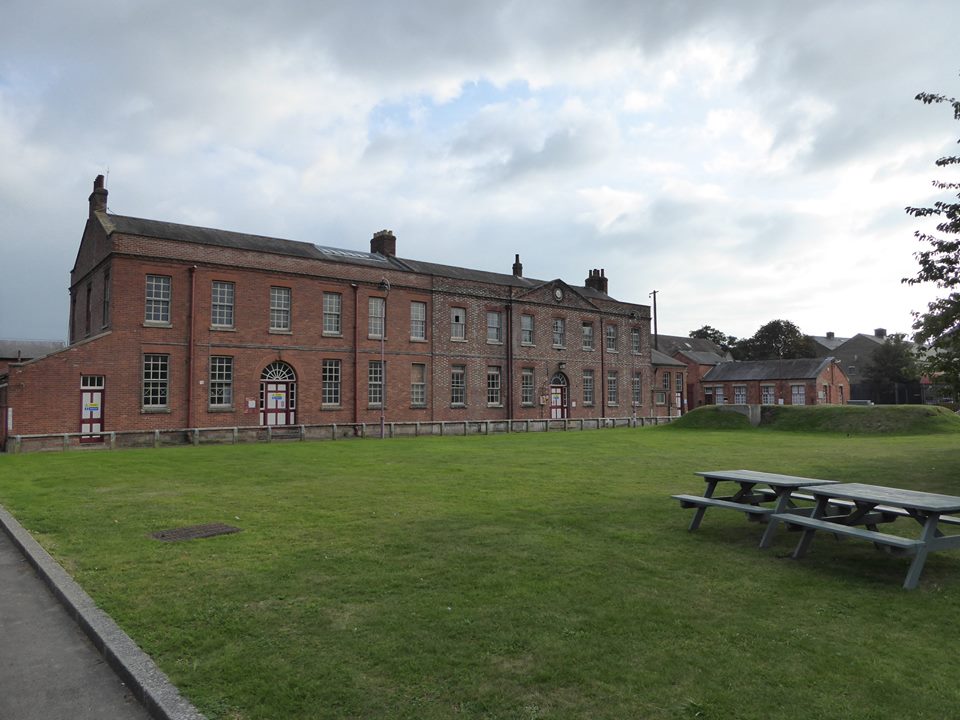 Thank you to Tim Canham for this article and photographs providing a brief history of Priddy’s Hard.

In 1750, by an Act of King George III, the Board of Ordnance purchased 40 acres of land and a boatyard, in Gosport, from Jane Priddy and a Fareham Vicar called the Reverend Thomas Missing. This was the beginning of Priddy’s Hard Armament Depot and by 1757 the area was completely sealed off to the Public.
Astonishingly, it remained that way for over two hundred years and as a youngster living in Gosport, I knew the area around Forton Lake was out of bounds to everyone. I did get too close, once, and a rather large chap with a ferocious guard dog appeared out of nowhere. He had hair like a wolf and teeth like Dracula. The dog looked pretty nasty as well.
There was much speculation as to what went on at Priddy’s Hard; there were always people coming in and out of the main gate, yet nobody admitted to working there. I resigned myself to thinking it must be something of national importance but would never have guessed that under my nose, and probably my house, were dozens of people playing around with tons of explosives making weapons for our naval fleet.
In Nelson’s days, HMS Victory and the other vessels were also supplied from here; the Grand Magazine held no less than 4,500 barrels of gunpowder, each weighing around 45Kg. It was build using over 3 million bricks with walls eight feet thick. With easy access to Portsmouth Dockyard, a short distance across the harbour, Priddy’s Hard was an ideal location for the magazine.
Weapons were made at Priddy’s Hard until fairly recently but, with the advent of modern technology, the old buildings were not really up to the job and it was closed down. Thankfully some of its former glory is now preserved and it’s been turned into the Museum of naval firepower called simply “Explosion”.
If you haven’t been there, then do go next Spring. Your eyes will be opened and your brain put on overload the second you walk in the entrance. The first thing you see is a modern nuclear bomb. That’s scary. It brings you down to earth with a bump. Welcome to the world of Nuclear weapons; let’s hope we never have to use them. Besides, they cost a bomb.