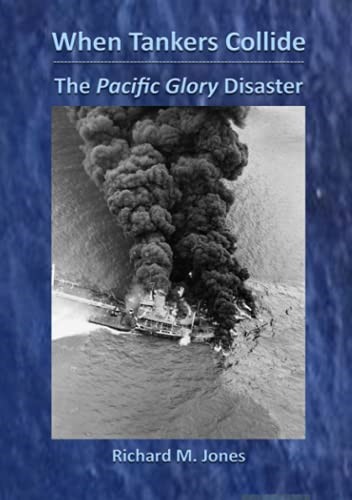 On 23rd October 1970 two tankers collided off the Isle of Wight and set in motion a chain of events that would lead to a huge fire on the Pacific Glory, an almost impossible salvage operation, a potential environmental disaster … and fourteen people dead.

This illustrated talk is brought to you by Richard M Jones, historian, respected author and Royal Navy serviceman. For five years, Richard meticulously researched the collision to write When Tankers Collide — the Pacific Glory Disaster, with the book being published in Feb 2021.

He says of his book “There are exclusive photos of the ship during salvage operations, views from the people involved and previously erroneous media reports have been corrected.”  You’ll see and hear much of this in his presentation for HODs in a unique venue, aboard The Princess Anne hovercraft.

The BH7 craft which supported the rescue mission can be seen at the museum.

Please note that this is an Event from 2021

Most of the site is flat and accessible to wheelchairs and pushchairs, although some of the exhibits are not. The toilets are on the ground floor.

This event will run in line with local & national government guidelines at the time of the festival.

Richard M. Jones has dedicated his life to researching disasters of historical significance that have been forgotten and has placed five memorials to such events around the UK.

Check us out on social media:

The museum is situated on Marine Parade West, which offers free parking along the seafront and there is usually plenty of parking available for cars and coaches. Solent Ranger X5 bus route that runs between Gosport and Southampton via the Richmond Road bus stop (2 minutes walk to the museum).