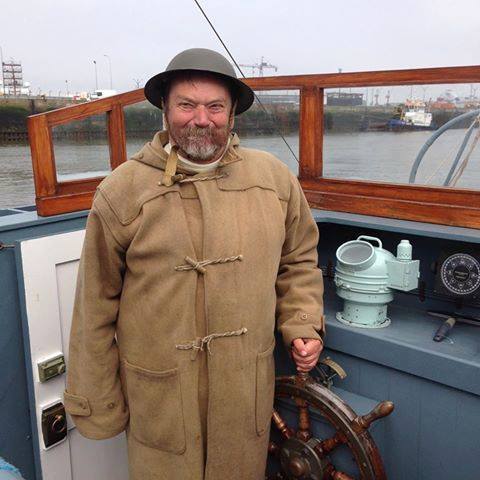 We pay tribute to Brian Holmes who sadly passed away recently.  His funeral will be held today, 16 August, at 1315 at Porchester Crematorium.

Brian was one of the longest standing crew members of Medusa, with the last 30 years of his life dedicated to her restoration and preservation. Medusa’s skipper, Alan Watson, has been with Medusa for the last 20 years. Alan has told us how they have had two happy decades sharing many jokes (not least with their names, “Holmes” and “Watson”), and emotional moments as they have welcomed war veterans aboard over the many years.

The photo is of Brian on board Medusa during the filming of the latest Hollywood Blockbuster, “Dunkirk”. Although there was sadly an empty seat when the crew went to the cinema viewing recently, he was in his element re-enacting the miracle that was Dunkirk.

All involved in Gosport HODs offer sincere condolences to his family and colleagues on Medusa.