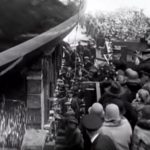 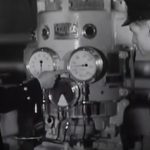 At Gosport, men of the Royal Canadian Navy are training for duty in submarines. 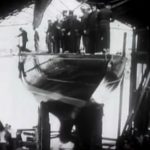 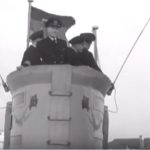 Various shots of the German submarine ‘Hecht’ and officers on the bridge under the command of Commander Reinhart Reche. Various shots of German sailors looking on. Divers in tank 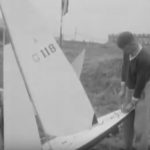 Model yacht racing is a highly developed adult occupation, as closely controlled by rules and regulations as Cowes Week. Championships were held at Gosport where competitors were racing for National and International awards. The yachts are designed with the mathematical precision you’d expect to find on a full size yacht. Prince Philip, is Patron of the Model Yacht Association. ® Lesley Hansdon is only three years old, but she’s already able to drive her miniature racing car at speeds of up to thirty miles an hour. The circuit is the front lawn of her parents home at Beenham in Berkshire. The car, powered by a petrol engine, was built by her father, who’s a motor mechanic and stock car enthusiast. 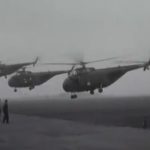 The Royal Navy’s first anti-Submarine Helicopter Squadron has just gone into operation service. Based in Gosport, the Squadron is equipped with American-built “S55’s”. Due to the high-speed approach of jet planes, a new device has been introduced to aircraft-carriers to “beam” the pilots landing-on. 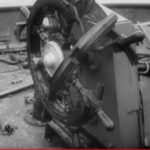 Rear-Admiral Beverley, Admiral-Superintendent Portsmouth Dockyard, is seen at Bedenham, Gosport, just after the mystery explosions that rocked the area for miles around. 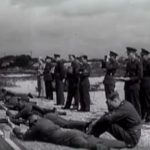 At Gosport the Royal Marines and American Marines hold a Rifle Match. 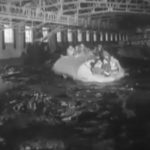 A scene at Gosport, where troops after eating a hearty meal, undergo rock ‘n’ roll treatment. The object of the exercise is to find out which of six different sea-sick pills is the most effective. 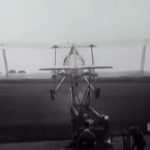 The RAF rehearses at Gosport and Warmwell 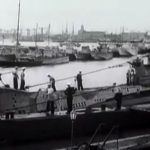 When the British submarine “Andrew” came in to tie up at Gosport, it was the end of a very remarkable voyage. She had crossed the Atlantic from Bermuda to the English Channel approaches, remaining submerged the whole way. 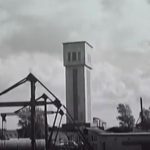 At Submarine Headquarters at Gosport, a one-man escape chamber method has been recently demonstrated in a new 100ft escape training tank. 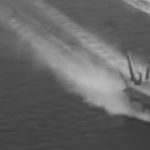 The first ever Exhibition of Hovercraft held in Gosport. A full range of models demonstrate both Civil and Military uses of these revolutionary transport vehicles. 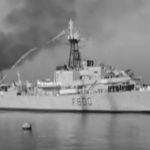 Arriving after 16 years’ service in the Middle and Far East, HMS “St. Brides Bay” got a great welcome at Portsmouth. The frigate, streaming her 300-foot paying-off pennant, was ending her last voyage, for she’s to be scrapped. 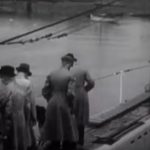 Still probing the causes of the “Thetis” disaster more than 100 members of Parliament visit her sister ship at Gosport. 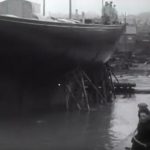 At Gosport the King’s Racing Cutter undergoes a refit. 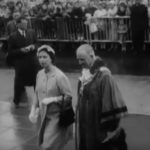 The Queen, accompanied by Prince Philip, arrived to perform the opening ceremony of the new Guildhall, risen from the ruins of 1941. After the keys of the Fortress were duly presented to Her Majesty, she then made a speech. A visit to the Submarine Command at Gosport was the next royal engagement. The Queen went across by barge on her way to present the Queen’s colours to HMS Dolphin. The parade was on the playing field. Also present were forty-eight members of the Submarine Old Comrades Association. The ceremony ended with a march-past in salute to Her Majesty. 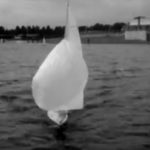 The International “A” Class Championship for Model Yachts at Gosport was won by Mr Gardner (England) with “Nocturne”. 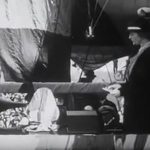 Shot of the launching of the Cruiser by the Marchioness of Titchfield. Good close shot of the men knocking the chocks away. Shot of the ship going down the slipway. 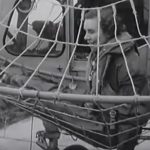 At Gosport – the demonstration of a new device for saving life at sea – the helicopter scoop. 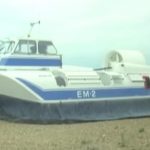 The new Avon amphibious freight hovercraft on trials at Gosport 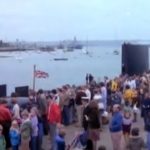 Various shots of Air-sea Rescue helicopter dropping men in water in front of sub. Shots of men being winched up. Several passes of Firefly. Various shots of crowds around the subs. Pan shots of subs. Shot along subs. Shots of people coming out of rear hatch & ditto out of forward hatch. CU names of subs. Submarine in HMS Finwhale 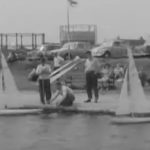 This model regatta at Gosport attracted entries from many European countries. Far from being the kind of yacht you find in Christmas stockings, these are hand-built by craftsmen and real masterpieces. ® Another international event was the Radio Controlled Model Aircraft World Championships, with enthusiasts from 13 different countries. Seen here is a Russian entry, ready for a practice session. And two model aviators from the United States: Mr and Mrs Brett from Detroit. But this is not just a sport. All the early aviation experiments were carried out with models. 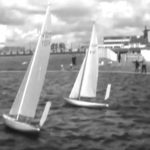 The Model Yacht Championships at Gosport, feature home and overseas model builders competing for National and International Titles. A fascinating glimpse of a fascinating hobby.

My Gosport Films  by Malcolm Dent

20 Arthur’s Garden: Up the Garden Path, Down Memory Lane – with Pam Rhodes