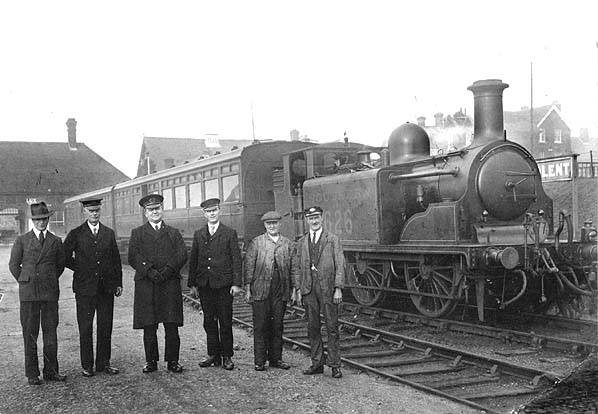 Today in Gosport’s Past:- on 30 September 1935, the last goods train ran between Lee-on-the-Solent terminus and Fort Brockhurst station.

The goods service survived 4 years and 9 months after the passenger service ended on 31 December 1930, the last train from Lee on that date apparently carried ‘four men and a dog’.

The road from Privett roundabout to Elmore uses much of the old trackbed. Before the mid-sixties, the route to Lee from Privett Road involved using Gomer Lane and Browndown Road – the section of road from Browndown to Privett didn’t exist.

The original station building at Lee has been an amusement arcade almost since closure. Here’s a photo taken on the occasion of the imminent departure of the last passenger train from Lee on 31 December 1930 (I’ve yet to find a photo of a goods train on the line). Credits to original photographer.