Sunken Treasure, death-defying adventure.  Have a look at this fantastic story of how John and Charles Deane invented modern deep-sea diving and saved the British Empire. 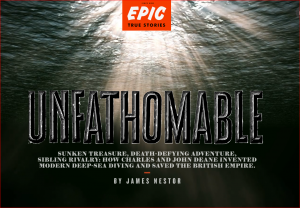 Please click the picture on left to start the presentation

The brothers carried out their first commercial dive in 1829, off the Isle of Wight. The Deane helmet is highly significant to Gosport because in 1835, John Deane moved to Gosport where he lived until 1845. He dived on wrecks such as the Royal George (which sank in 1782 and resulted in the biggest loss of life in British waters), and in 1836, he discovered the Mary Rose.

Henry Abbinett was a Gosport mariner who provided boat services for John Deane from 1832 and persuaded the Deane brothers to sell him a hat, making him the first man in the world to purchase a diving helmet. 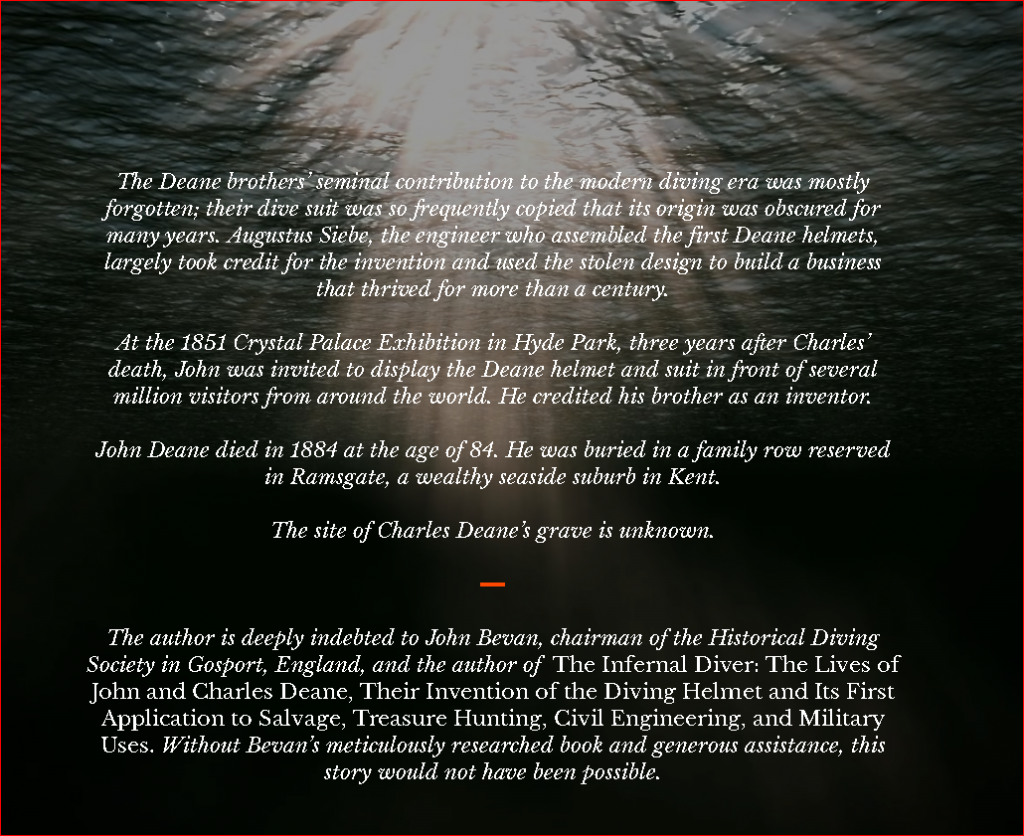 Photo: The only Deane helmet known to exist, as made for the Deanes by Augustus Siebe. 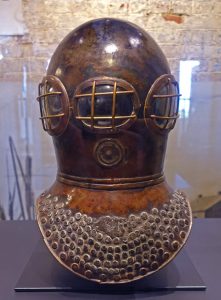 Photo credit: David L.Dekker.   With special thanks to John Bevan.

This helmet was patented as a smoke helmet in 1823 but was later modified for use underwater to become the worlds ‘first successful diving helmet’. The helmet survived time in the Siebe Gorman company museum but is now owned by the Science Museum in London and currently displayed in the exhibition of the Diving Museum in Gosport, England.

Note:    The Diving Museum is closed this year due to Coronavirus but opens on 2nd April 2021.

Have We Got OLD News For You! BRITISH PATHE NEWSREEL