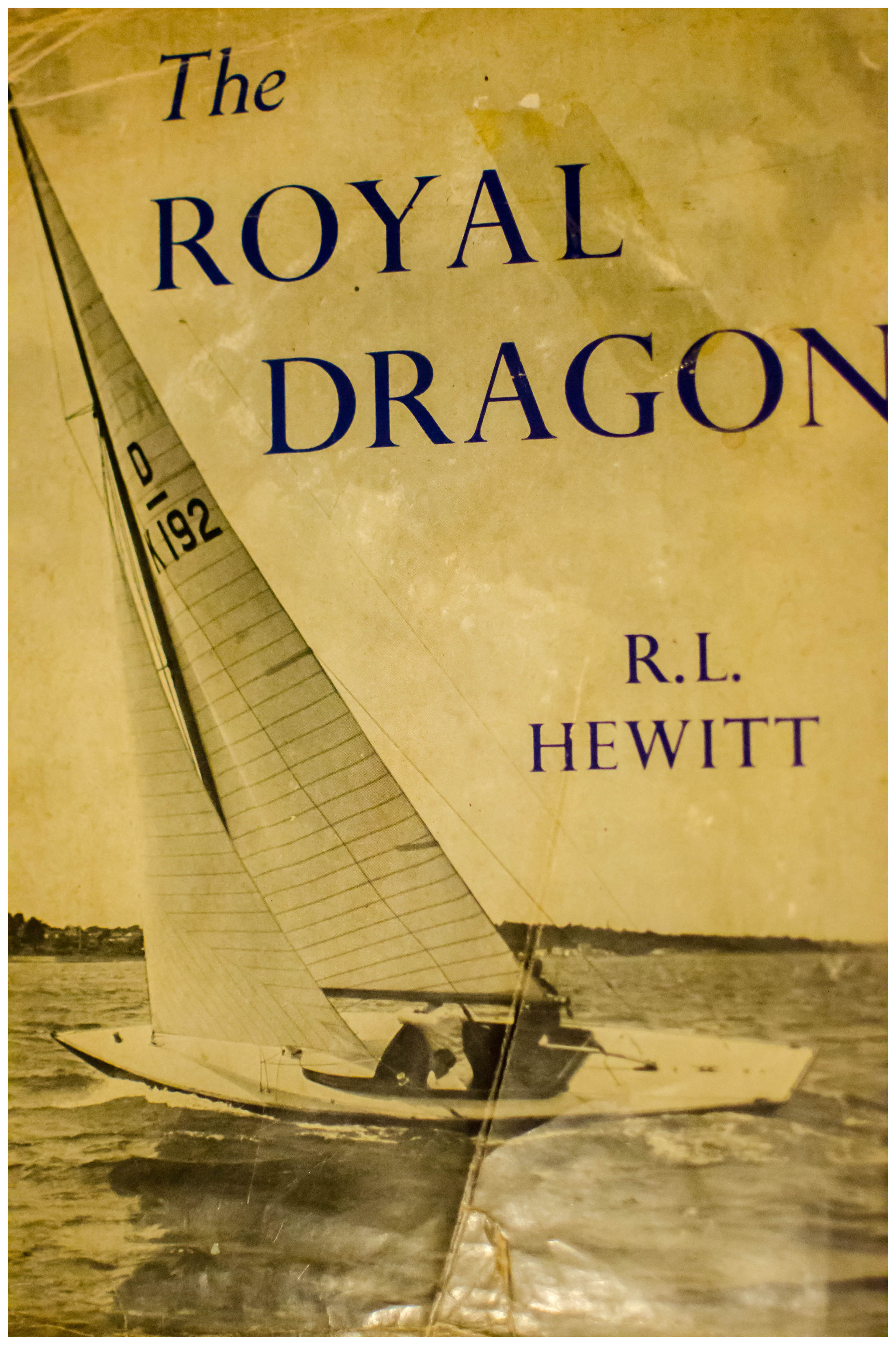 Below is an extract from the book ‘The Royal Dragon’

Bluebottle Transport
Various contractors have been responsible for conveying Bluebottle by road, but by far the greatest mileage has been done on the back of a Camper and Nicholson’s lorry, safely driven by Len Webb, who has some amusing stories to tell of her travels.
On one occasion Clive Smith did the old trick of forgetting to put the plug in! The boat was lowered into the water and the next moment there was a shout from Clive, who was wet to the skin. Luckily the slings were still hooked on, so the crane driver was able to lift her out again quickly.
When being loaded at the London Docks for shipment to Norway Len Webb was alarmed to see four dockers dragging two huge slings, with which they proposed to lift the yacht on board. He pointed out that they would certainly damage the hull and that her own internal slings should be used. But the foreman would not give way until Len had signed a statement accepting full responsibility. Needless to say he was relieved to see her lowered safely on board.
Once when transporting Bluebottle back from Scotland the lorry stopped at a small village near Hamilton for supper. As Her Majesty had visited Hamilton only a few days previously much excitement was shown by the local inhabitants. But one old gentleman, who was well under the weather, persisting in shouting to the crowd, ‘It’s nay the Queen’s – there’s nay croon on it.’ He was still shouting this as Len put the lorry into gear and drove away.
There was some excitement in Canada too. When returning from Hamilton to Toronto in a hurry, the crane which had been arranged to unload the boat never arrived. Instead we had to make do with a small mobile crane, which had insufficient height of lift. By jacking up the front wheels of the crane on baulks of timber we were just able to lift the cradle and the boat clear of the floor of the truck, which was driven away from underneath. Just as the truck was clear Clive and I noticed that the crane wire was stranding near the splice for the hook. It seemed that any jerk would part it, but she was lowered safely to the ground and we were able to breathe freely once more.
1956 Journey to the South of France.
On 18th March Camper and Nicholsons’ lorry left Gosport with Bluebottle on board. At the wheel was Len Webb, who had already transported her nearly 10,000 miles by road. Clive Smith also rode in the cab, to help keep a general eye on the boat and as company for Webb.
‘Arriving at Dunkirk at about 4 p.m. we made our way as far as Arras, where we caused a mild sensation by proceeding round the left of a road island instead of the right. Clive and I thought that people were looking at the yacht, but we soon found out our mistake when we came face to face with a car coming in the opposite direction!
On arrival at Lyons we stopped and asked two gendarmes where we could park the lorry for the night: neither could understand so I showed them a letter written in French from the Ministry of the Interior, saying that should I require any help the police were to assist in every way possible. One of them read it and ran off to a large building. In a few minutes he returned with a host of officials who welcomed us with much enthusiasm. We parked the lorry with Bluebottle on outside the City Hall and two gendarmes were instructed to stand guard all night. 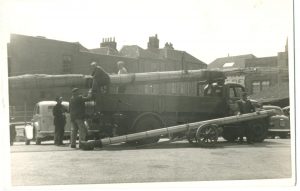 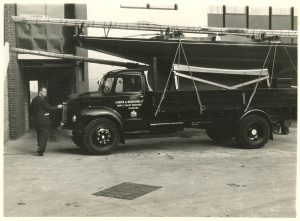 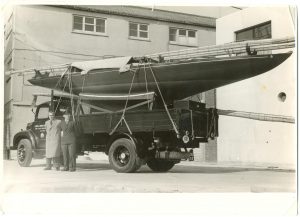 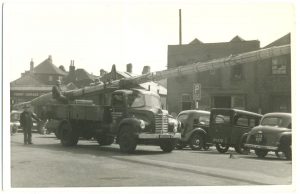 I love photographing nature, but it’s made me look a bit deeper