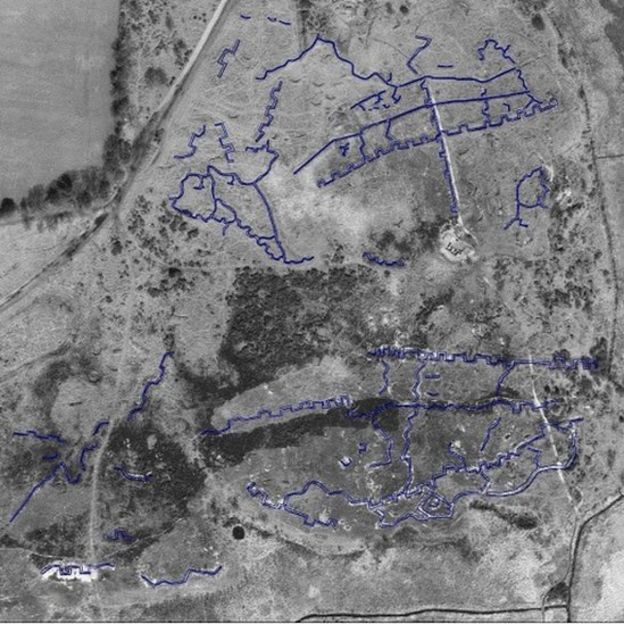 A replica World War One battlefield where soldiers trained in trench warfare before being sent to the front has been discovered in Hampshire.

Two sets of opposing trench systems, with a no man’s land between them, were found beneath heathland at the Ministry of Defence’s Browndown site in Gosport.

Armed forces volunteers are now helping to map and record the battlefield site.

The size of 17 football pitches, each trench system had a 200m long (660ft) front line, supply trenches and dug outs.