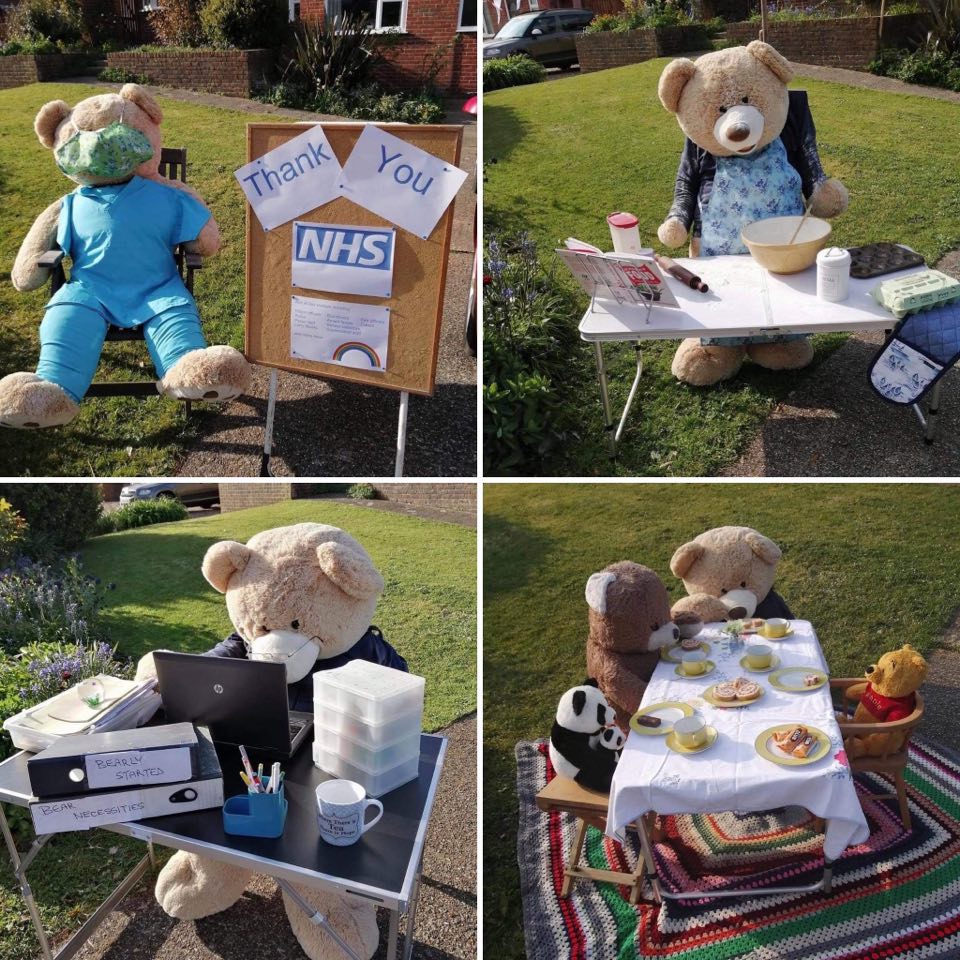 During lockdown everyone found their own ways of handling the loss of routine, fear and uncertainty that Covid has brought to our lives but for one Gosport couple and their very big teddy bear, play was their answer.

The fun and games Mr. Ted got up to caught the public imagination, people of all ages walked, cycled and drove from all across Gosport to come and see what the big bear would be doing or wearing tomorrow.  Thanks to social media his fan base grew, starting with the Gosport Past and Present facebook group, news soon spread and before they knew it Nicki, Colin and Mr. Ted were getting messages from all around the UK and even from as far afield as Canada and Australia.  He had over 30,000 facebook likes and many hundreds of comments, messages and quite a few gifts too.

Lecturer, military history enthusiast and Mr. Ted superfan, Martin Heighway, went to interview Nicki and Colin Smith and got to meet the bear himself.  For Martin and his partner seeing Mr. Ted’s latest exploits gave their permitted daily exercise a purpose and a sense of fun. They clocked up over 155 miles (250km) of walking in the 50 days that ted came out to play!

This is the story of Mr. Ted’s Big Lockdown Adventure. 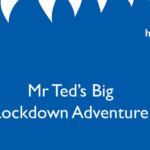 This is the story of a large teddy bear from Gosport whose adventures brought a little bit of sunshine to the darkness of lockdown.

Where else can you see Mr Ted?

Mr. Ted made a brief appearance in the National Choir’s video of their lockdown performance of Forces Sweetheart Dame Vera Lynn’s war time anthem “We’ll Meet Again”.  It celebrated the key workers and the many great acts of kindness seen nationally and you can spot Mr. Ted at 2mins 40 (blink and you’ll miss him though).

The video premiered on the 75th Anniversary of VE Day and with the enforced separation many of us still faced from our families we could all relate to the sentiment this year.