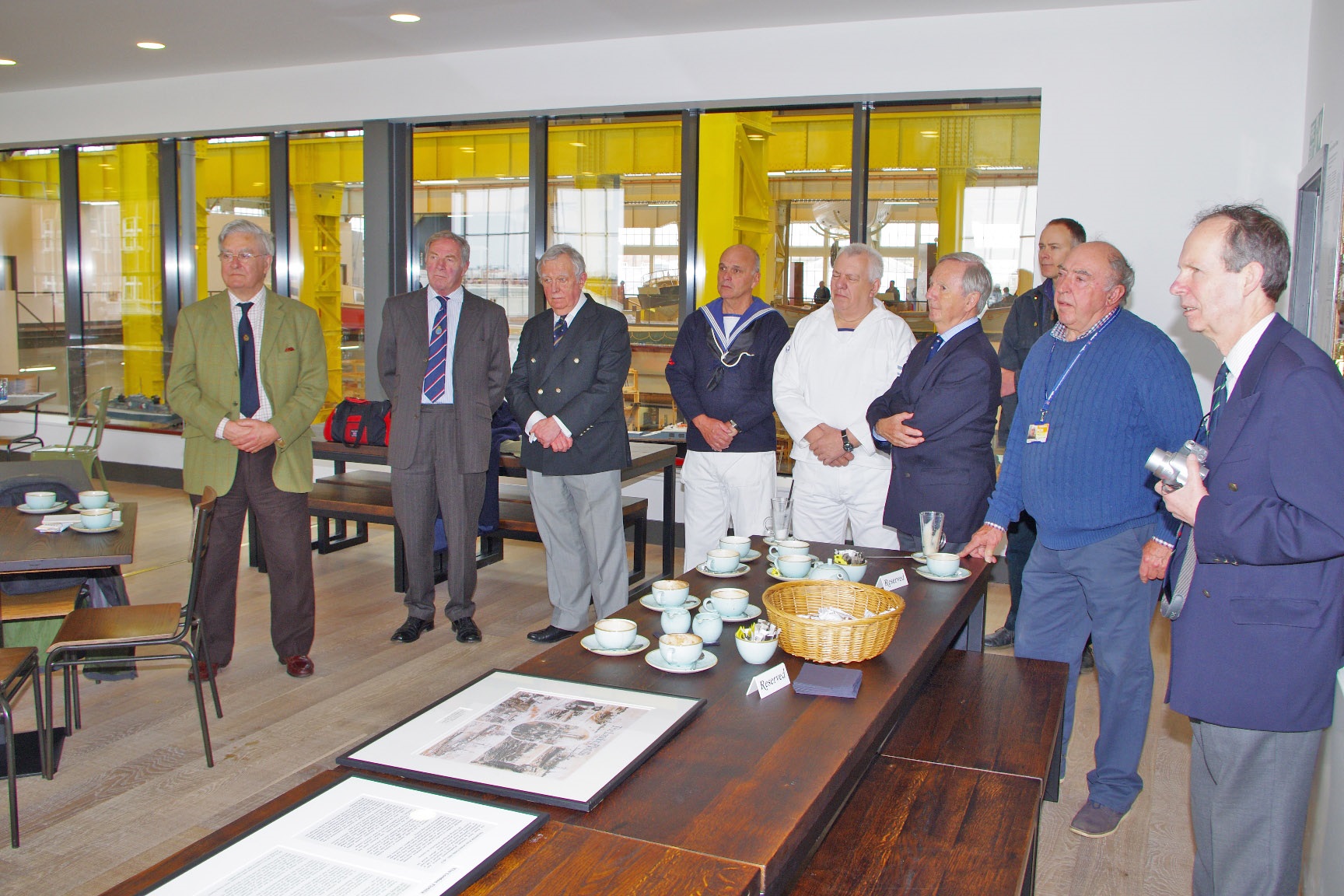 A group from the London Flotilla of the Royal Navy Volunteer Supplementary Reserve (RNV(S)R) travelled to Portsmouth Historic Dockyard on 7th April 2016 to present memorabilia to the National Museum of the Royal Navy. The items consisted of a framed print, a framed description of the unit’s history and haul down signal plus a souvenir tile.
The RNV(S)R was created just before the Second World War, in 1936. It consisted of yachtsmen and boat owners who were interested in assisting the Royal Navy as junior officers should the need arise. Their motto was ‘No Pay – No Promotion’. Within one year there were 1,032 volunteers.
In London, members formed the London Flotilla. They attended training sessions provided by the Little Ship Club and also elsewhere. They bought themselves two steam pinnaces, RESPONSE and REPLY, which allowed the students to train practically in navigation, boat-handling and other maritime skills.
Many London Flotilla members served with distinction in the Second World War and the names of 48 members who died in service are included in the Roll of Honour at the War Memorial to all RNVR officers and ratings housed at the Naval Club in London. They are also noted on a memorial plaque in HMS PRESIDENT.
After the war, the London Flotilla reformed to provide a possible source of trained manpower for the Royal Navy should the need arise. It became a charity and encouraged membership principally from both retired Royal Navy and Merchant Navy officers. Members met regularly at the Naval Club to present topics and courses of maritime interest and to arrange ship visits and training at sea.
The decision to close down the London Flotilla was taken recently by the Committee of Trustees after consultation with the membership. The link to the National Museum of the Royal Navy is through Group 199, museum volunteers who operate and maintain Steam Pinnace 199 –a vessel very similar to the Flotilla’s own Response and Reply. 199 was afloat in Boathouse 4 of the Historic Dockyard for the visitors to see.
http://www.nmrn-portsmouth.org.uk/exhibits-and-collections/steam-pinnace
http://www.nationalhistoricships.org.uk/register/40/199