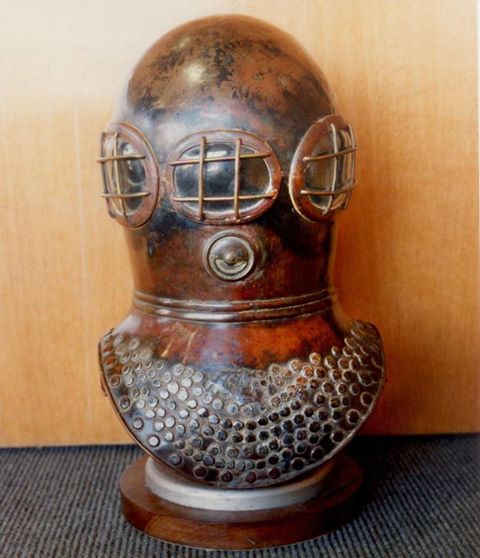 The Diving Museum believes it will attract visitors from across the world when it puts the very first diving helmet on display.

Gosport Diving Museum, on Stokes Bay Road, is in the process of getting the artefact from the Science Museum on a three-year loan.

The helmet, which has never been seen before by the public, was invented by Charles Deane to initially be a smoke helmet that would allow a person to enter a smoke-filled building to rescue people and property.

After it failed to take off, Charles, who lived in Gosport between 1835 to 1844, rejigged the design with his brother, John, and the helmet was used to dive on shipwrecks such as the Mary Rose and the Royal George.

Kevin Casey, director of the museum, expressed his delight about getting the helmet.  Mr Casey said it had cost the museum £21,000 – through a grant from the South East Museum Development Programme – to help buy items such as a cabinet to store the mask in and an alarm system.