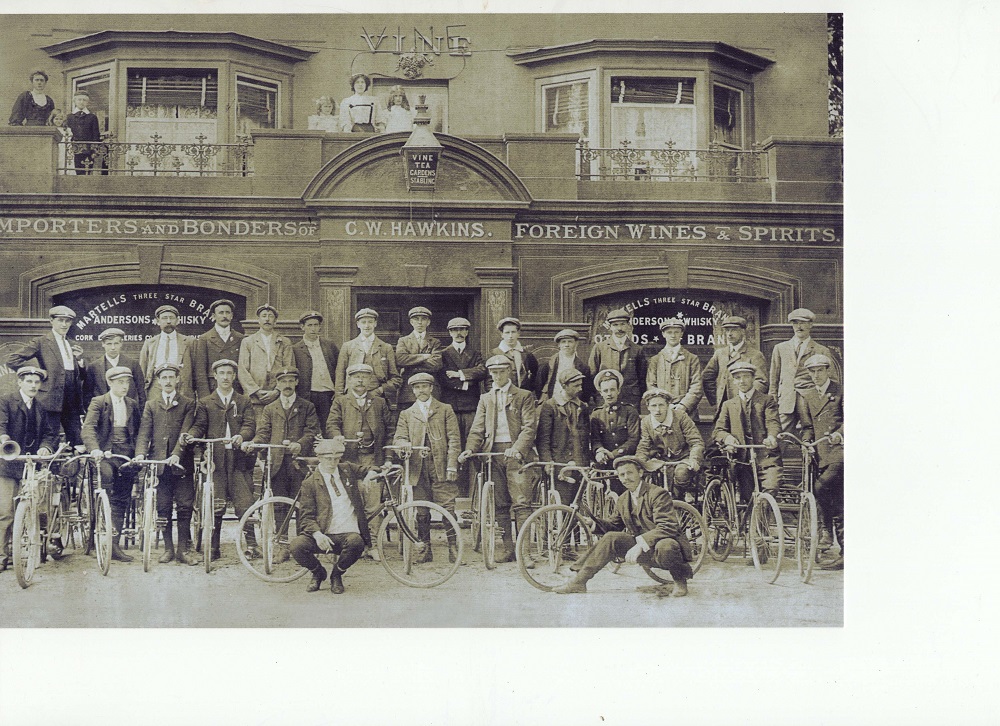 Cycling is obviously in Eric’s blood as his grandfather was a champion cyclist! Eric got his first bike as a reward for passing the 11+ and has been rolling along ever since. He reckons he has probably cycled enough miles to get to the Moon and back!

Eric’s talk and photos go right back to 1897 when a cycling club was formed at the Victoria Hotel (now the Bun Penny) in Lee. In 1906 the Gosport Cycling Club opened and after the First World War, a club formed called Newtown Old Boys (NOBs for short). His memories include, amongst so many other cycling events, the regular meets at The Gosport Park Velodrome and the rather unique ‘mass starts’ on the closed-circuit at HMS Daedalus which used to attract clubs from far and wide to races of some 150 cyclists! He’ll also run you through a diary styled ‘year in the life of a cyclist’ covering fair weather and foul as the seasons progress.

Ray Reece, an understated Gosport champion, will also be paid tribute to. In 1971, Ray was the first person to circumnavigate the globe on a bicycle, cycling 14,000 miles in 21 weeks. No wonder there is a cycleway in Gosport named after him!

Please note that this is an Event from 2017

The cycleway that runs from the west end of Stokes Bay at No.2 Battery to the east end at Anglesey Road was funded by SUSTRANS in partnership with Hampshire County Council. It has been named the Ray Reece Cycleway in memory of a local man who cycled around the world in 1971. The interpretation board to commemorate this can be found halfway along the cycle route at the junction of Stokes Bay Road and Jellicoe Avenue.