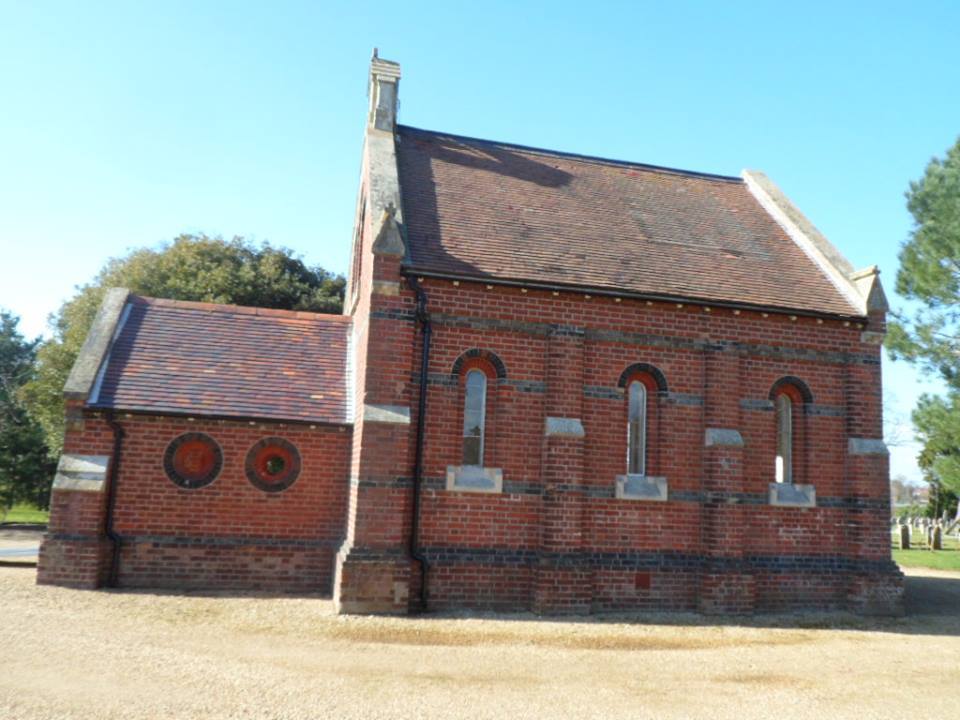 The Haslar Royal Naval Cemetery Chapel of Rest, 1859, has been listed at Grade II, for the following reasons:

* Historic interest: for its place in the naval history of the development of Haslar, Gosport, and Portsmouth and particularly with the burial of military personnel;

* Group value: with the listed cemetery monuments, and with the numerous highly-graded listed naval structures in the wider vicinity.

The Royal Naval Cemetery, Halsar, also known as the Clayhall Cemetery, opened in 1859 to provide a new site for burials of patients from the Royal Naval Hospital. Although the need for a burial ground must have been foreseen, no provision was made when the hospital opened in the mid-C18 and burials were made indiscriminately on unconsecrated ground to the south-west of the hospital. Burials included not just patients from the hospital, estimated at something approaching 1,000 a year in the late C18, but also those brought ashore from ships, as well as other military personnel. Such burials continued until 1820 when a newly appointed superintendent reformed the system, and a formal cemetery was laid out in the hospital grounds. This burial ground was used from 1826 until 1859, when the demand for space led to the purchase of additional land, on a detached site further west, for the laying out of a new cemetery.

The cemetery chapel was located centrally within the new cemetery. Plans for the building indicate that as originally laid out the chapel provided a central space for services, with an altar and pews arranged to the side, a small vestry and a porch. There are some notable differences between the detail of the surviving building and the design drawings, suggesting that there was a minor reworking of the design after the surviving drawings were completed. The cemetery was consecrated by the Bishop of Winchester in 1859.

For full details go to:

What’s On – The Diving Museum