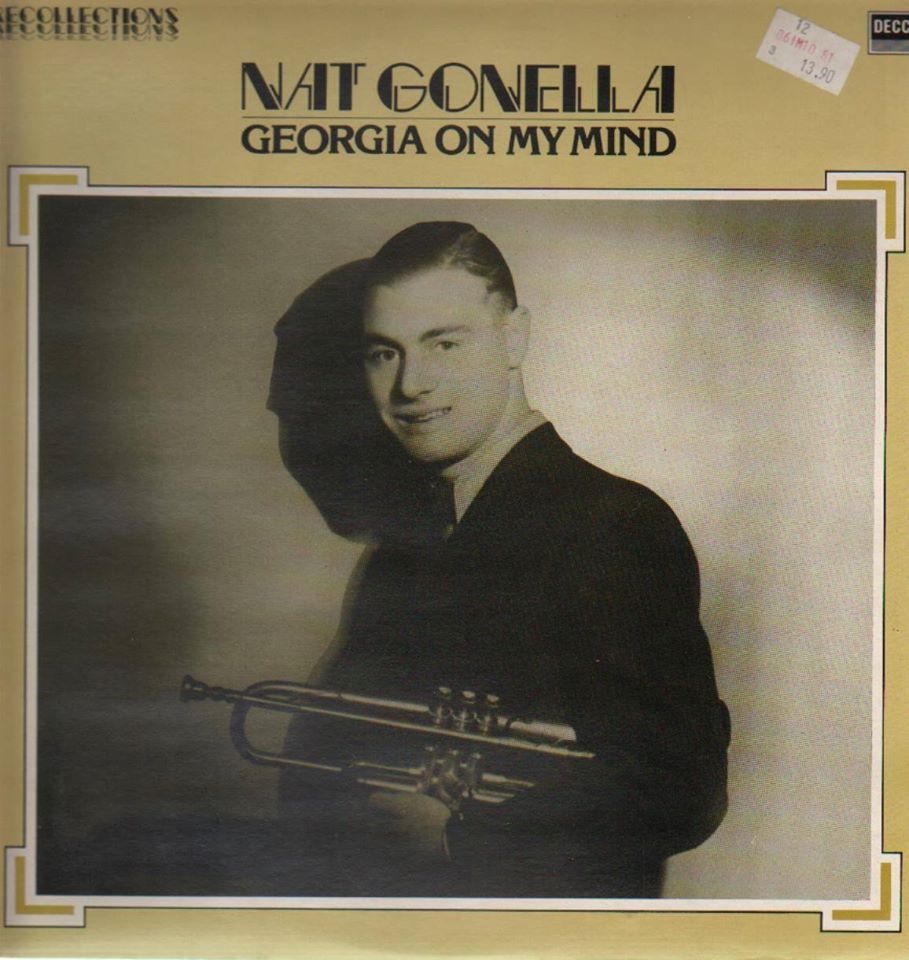 He learnt to play the cornet at his junior school, St Mary’s Guardian School in Islington. He worked briefly as a furrier’s assistant after leaving school, but soon joined Archie Pitt’s Busby Boys’ Band in 1924, remaining with them until 1928.

During this time he learnt how to play the trumpet parts of Louis Armstrong’s early recordings, then played with Bob Brydon’s Louisville Band in 1928-29. After this, he worked with pianist Archie Alexander in Brighton, and in late 1929 he joined the Billy Cotton Band.

In 1932, Louis Armstrong (his hero) played in England, and Nat persuaded the staff at Boosey & Hawkes to let him to deliver a trumpet (which Armstrong had sent for cleaning) personally; this led to the two men becoming good friends.

Around this time, he played for a short while with the Ray Fox band, and stayed with that band when Lew Stone took over as bandleader; during this time, they recorded (among other things) “Georgia on my mind”, sparking the name for his own band.

In 1933 Nat published a book – “Modern Style Trumpet Playing – A Comprehensive Course”, and formed his own band, The Georgians, in 1935, becoming a big band soon after, becoming a headline act until the outbreak of World War 2.

He joined the Army in 1941, and was recruited for the ‘Stars in Battledress’ campaign, performing for allied troop in Europe and North Africa. He resumed his musical career following the end of the war, being more involved in variety than before, touring with the likes of risque comedian Max Miller.

Trad jazz had a bit of a comeback in the late 50s, and he reformed The Georgians in 1960. In February of that year he was the surprise guest on ‘This Is Your Life’, and later appeared on ‘Desert Island Discs’ in August 1966. Despite the renewed interest in his music, such acts as The beatles changed things forever, taking over from trad jazz.

In 1962 he moved to Lancashire, and toured venues in the north until his ‘retirement’ on his 65th birthday on 7 March 1973. However, he was persuaded to move to the Netherlands in the mid-70s, where he achieved some degree of commercial success, and a new recording of “Mona” (which he’d first recorded in 1931) became a big hit in the Netherlands.

He retired from trumpet playing then, but moved to Gosport in 1977, and continued to make guest appearances locally as a singer. In 1994, Nat Gonella Square was named in his honour by the town hall, and the large green trumpet appeared, as if by magic, near the corner of Gordon Road in Bury Road, opposite the end of Green Lane. He continued to make occasional guest appearances in Gosport, and died at home in Gosport on 6 August 1998. He still has family in the town, and is fondly remembered by those who’d had the good fortune to make his acquaintance.

The tour was hauled throughout by ex-LSWR ‘M7’ class 0-4-4T 30111. The next visit to Gosport by a railtour would be on 30th April 1961.
Credits to original photographers.