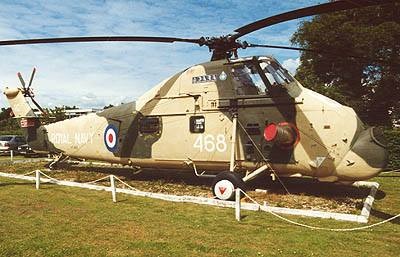 Today in Gosport’s past:- on 7 April 1999, Fleetlands Royal Navy Aircraft Repair Yard (RNARY) became the Defence Aviation Repair Agency (DARA). Fleetlands was opened in 1940, and the photo, of the Wessex helicopter which used to guard the gates on Fareham Road, was taken on the occasion of Fleetlands 60th Anniversary Open Day on 20 May 2000. Credits to original photographer.