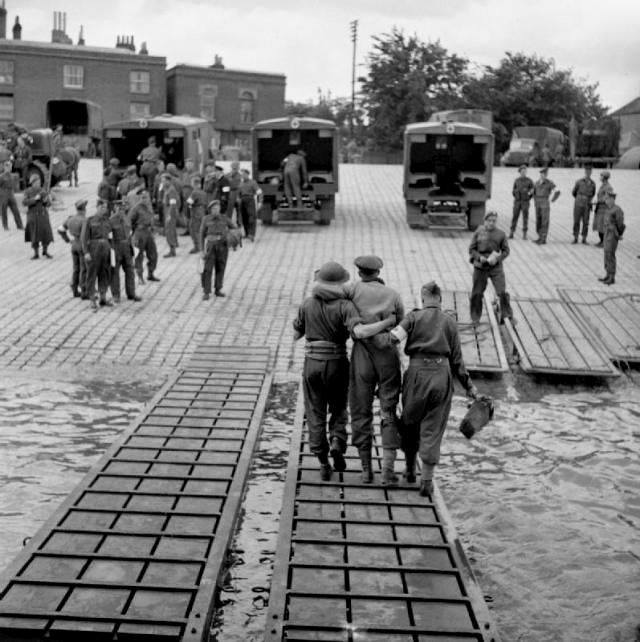 Today in Gosport’s Past:-on 6th June 1944, the invasion of Normandy took place – that’s D-Day to you & I. Preparations had been taking place for a couple of years, with huge concrete caissons for mulberry harbours being constructed at Stokes Bay, and the building of hard slipways at Hardway, Beach Street, and three at Stokes Bay. Around 40,000 troops were in readiness locally, many camped at Browndown, and the days leading up to 6th June saw unprecedented levels of activity in Gosport, with troops, tanks, and equipment being loaded at the three locations. Here are some photographs of those historic preparations, and a couple of post-invasion returns. Credits to original photographers.