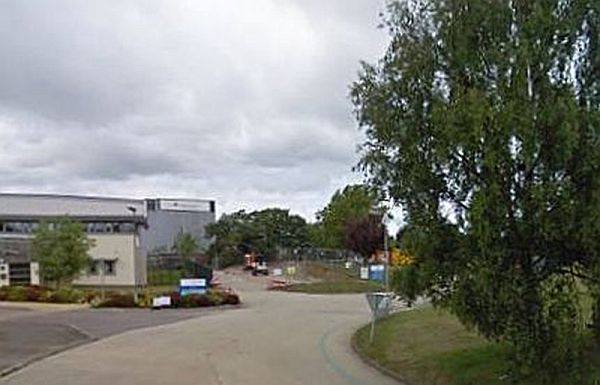 Today in Gosport’s Past:- on 6 February 1986, the Huhtamaki factory adjacent to Rowner Road & Grange Road was officially opened.

Huhtamaki is a Finnish company which owned the name Polarcup, under which name the nearby factory at Holbrook (Rowner Road) was opened in 1980. Polarcup, in turn, had taken over Sweetheart Plastics, whose original factory in Gosport was located in Quay Lane, Hardway.

I passed an interview for a job at this Quay Lane factory early in 1973; The chap who gave me the job said “Are you sure you’re going to turn up for this job? We get lots not bothering to turn up here.” I assured him I WOULD be there on the Monday morning (this was on the Friday). However, the following morning, I recieved a letter from the Ministry of Defence, informing me that I’d been successful in my interview for a position as a skilled labourer at RNAD Priddy’s Hard, starting on Monday morning. Hmmm. Priddy’s Hard – good pay, good bonus scheme, plenty of overtime; or Sweetheart Plastics – working in a smelly factory for basic pay…. Guess what job I chose? Plenty of jobs in those days..