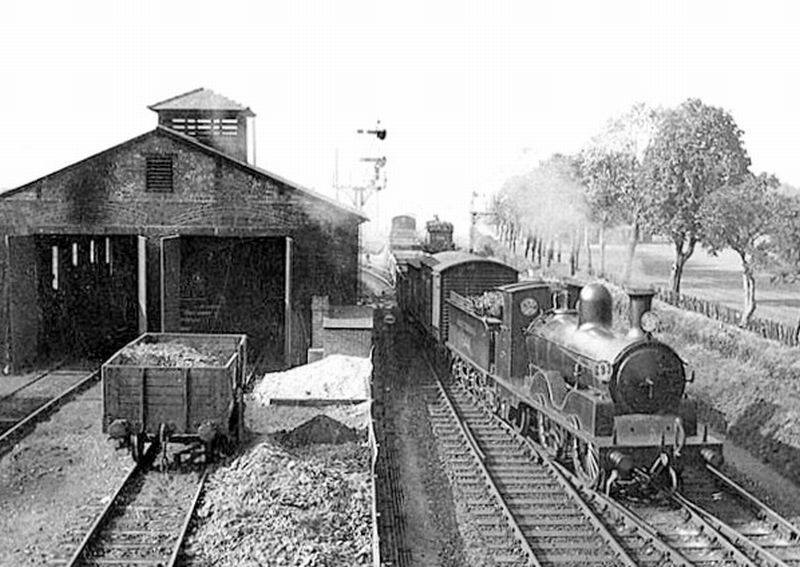 Today in Gosport’s Past:- on the night of 6 December 1940, Gosport’s little engine shed (near the end of Queens Road) was bombed during an air raid.

Assuming the 2-road building was built in 1841, when the first trains ran to Gosport, then the engine shed was only just over a year away from a telegram from the King, it being 99 years old…

The engine shed was later rebuilt in brick & corrugated iron, but reduced to one track. It wasn’t to last long, however, as it was demolished soon after the passenger services ended (8 June 1953), and just a couple of sidings remained for a few years, then they were taken up. Now it’s all gone…..

Here’s a photo, taken around 1932 from the footbridge from Queens Road to Albert Street, looking towards Lees Lane, showing the engine shed on the left. Credits to original photographer.