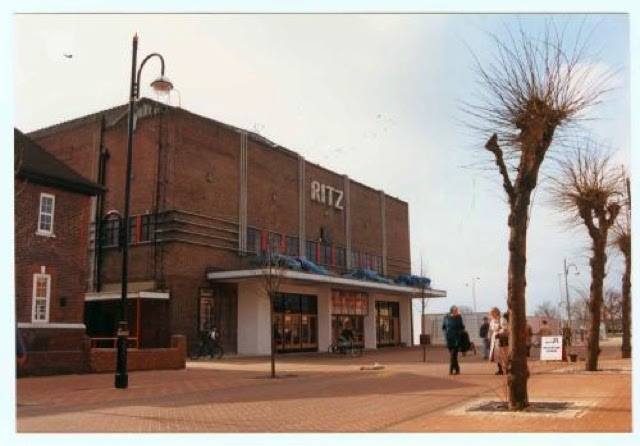 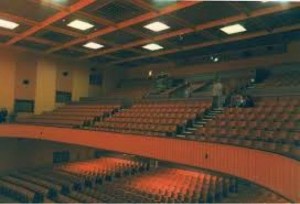 Today in Gosport’s Past:-  on 30 October 1982, the Ritz cinema closed for the second time in its history; but was reopened under new management in 1985, although the place rather went to rack and ruin after 1988, with dodgy seats being removed and not replaced, seat fillings of cardboard instead of foam, and to cap it all, the closure of the balcony. Final closure came on 11 April 1999, and demolition took place in August 2001; a sad end for a once splendid venue – ‘the largest screen on the south coast’ was its claim to fame in later years. The Ritz Super Cinema was opened on 4 March 1935 to much praise, since it had a restaurant on the premises, where a chap could enjoy a 3-course meal for the princely sum of 1/6 (7.5p in feet & inches), the first film shown being “What Every Woman Knows” starring Helen Hayes (don’t ask – I know not, even if Every Woman Does), and the cinema could accomodate over 1000 customers. During an air-raid on the night of 10 January 1941, The Ritz was badly damaged by bombing, and had to close down. Since Gosport also had The Forum and Criterion cinemas, there was no great urgency to rectify things, but eventually it was rebuilt, and opened its doors again in October 1958 (another Today in Gosport’s Past – two for the price of one!), but without the restaurant, sadly. It 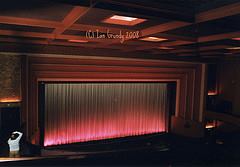 became a common haunt for many, including myself, for many years, and was used for holding concerts on the odd occasion: Peter Skellern played there in the 70s, B B King & Horace Batchelor played there in August 1994, and Spike Edney’s SAS Band (with Roger Taylor from Queen) played there for ‘Spike’s Xmas Cracker’ concert on 16 December 1994. I believe the very last film to be shown was “L.A. Confidential”, but I may be wrong…. A sad loss to Gosport indeed, especially so since, despite promises otherwise, it’s never been replaced… At least we got a new JobCentre and an Iceland… Hmffff. Here are some photos of it over the years, from beginning to end. Credits to original photographers.