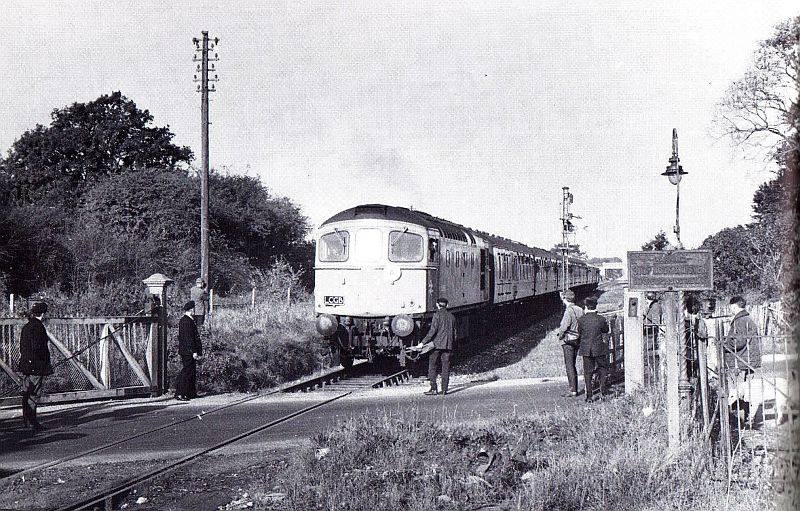 Today in Gosport’s Past:- , on 3 November 1968, the last rail enthusiasts’ railtour to visit Gosport station arrived after a circuitous route from London Waterloo.

The railtour, ‘The Hampshireman’ was organised by the Locomotive Club of Great Britain (LCGB) travelling here via Wimbledon, Epsom, Leatherhead, Guildford, Haslemere and Havant. The tour was hauled as far as Fareham by electro-diesel E6108, and the trip to & from Gosport was hauled by ‘Crompton’ (later class 33) diesel D6506.

The visitors had exactly 14 minutes to explore & take photographs at Gosport before being whisked off to St Denys, the Totton to Fawley branch, Bournemouth, Poole, and Blandford Forum, returning to London via Southampton, Alresford, Alton, Aldershot, Ash Vale, Virginia Water, Twickenham, and Barnes.

Apart from the Gosport trip, the westward journey was headed by E6108 with ‘Brush Type 4’ (later class 47) D1986 at the rear; the return to London was led by D1986 with E6108 at the rear. A couple of railtours ventured hereabouts during the 1970s and 1980s, but none got any further than Holbrook – the track wasn’t there anymore….
Credits to original photographers.