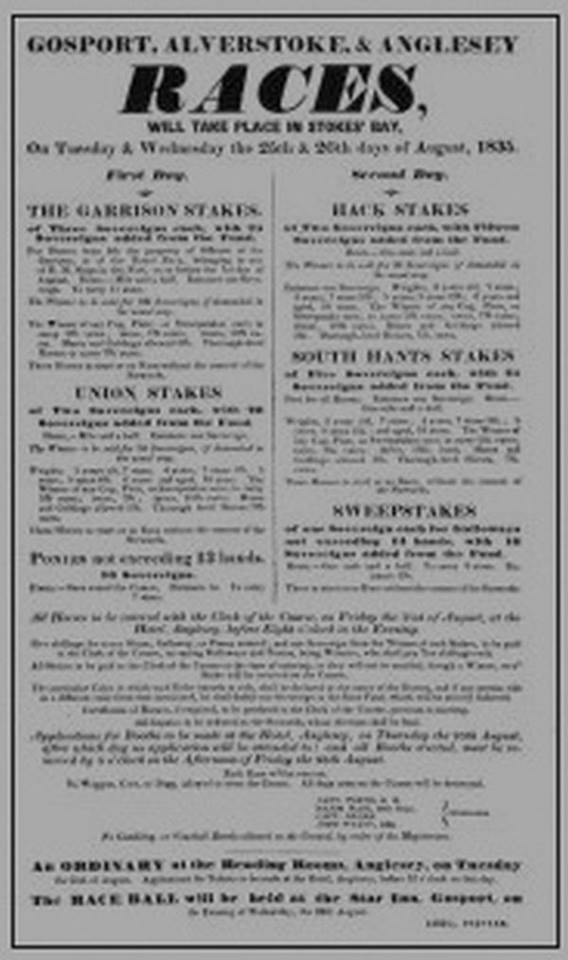 Today in Gosport’s Past:- on 28 August 1832, the first day of horse racing took place at Robert Cruickshank’s racecourse in Alverstoke (Angleseyville).

The winner of the first race of one mile (six runners) was Fleur-de-Lys, with Yorkshire Lass finishing second, trailing by half a length. It’s thought that the course was in the then-vacant land north of Anglesey Arms Road from St Mark’s Road to Anglesey Road, with Clayhall Road on the north side (opposite Kickergill and where the Brodrick Hall was later built).

After Cruickshank’s death on 13 February 1853, the racecourse sadly fell into disuse, and was left to get overgrown, even it’s actual whereabouts are not documented, and my description of the location are an educated guess. The photo is of a poster for a race meeting in August 1835. 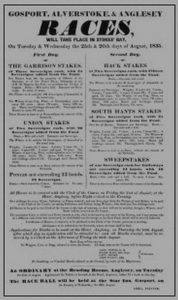