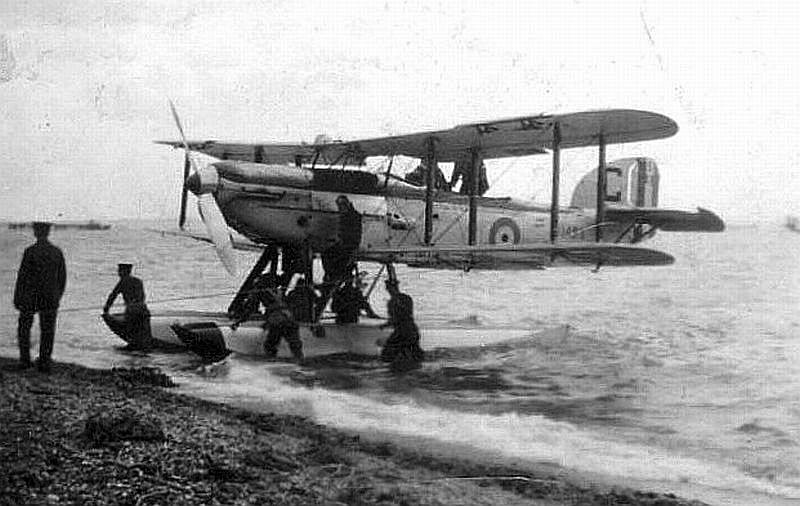 Today in Gosport’s Past:- on 25 October 1934, Lee on Solent airfield opened for business. From 30th July 1917 the RNAS (Royal Navy Air Service) began using new facilities at Lee as a Seaplane Training School, an extension of the base at Calshot. On 1 April 1918, the RNAS merged with the RFC (Royal Flying Corps) when the Royal Air Force was formed, and Lee became an RAF station, although only able to operate seaplanes; at the start, temporary hangars were built close to the main road, and aircraft had to be lowered down the small cliff by crane, but soon the slipway was constructed and better facilities provided. On 1st April 1924, the Fleet Air Arm was formed as part of the Royal Navy, and in 1931 work started on constructing the airfield (initially with just grass runways) in order to accomodate other RAF aircraft – with wheels, not just floats. The completed airfield opened 81 years ago today, when Lee was still an RAF base, and also (from 14 July 1936) headquarters of Coastal Command. A political decision caused a transfer of the Fleet Air Arm to the Admiralty on 24 May 1939, on which date the place was commissioned as HMS Daedalus. The

rest is even more