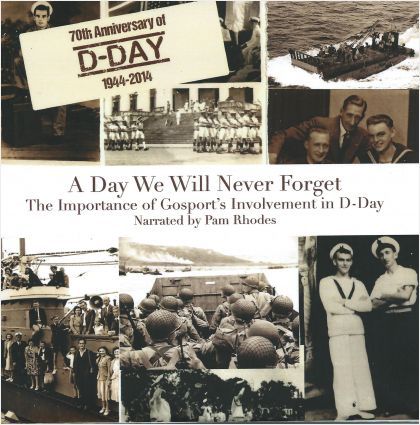 This is a digital event, accessible from your own location, Gosport, Hampshire

The importance of Gosport’s involvement in D-Day is described in this audio of reminiscences, set with period images.

A fantastic resource containing nine local people recalling their experiences during the run-up and execution of D-Day. This 20-minute recording of narration, sound effects and music all add to the atmosphere and really help listeners to understand the important role Gosport played in D-Day and the impact those times had on the civilian and service people of our town.

Press this weblink to listen to the audio.  Remember to turn your speakers on!

Available at any time throughout 11th to 20th September 2020.

A full transcript of the audio will also be available on the event weblink.

This work was produced in 2014 for the 70th anniversary of D-Day, by Splodge Design thanks to funding provided by Councillor Chris Carter on behalf of Hampshire County Council, and project managed by Gosport Heritage Open Days. It is narrated by television and radio presenter and former Gosport girl, Pam Rhodes.