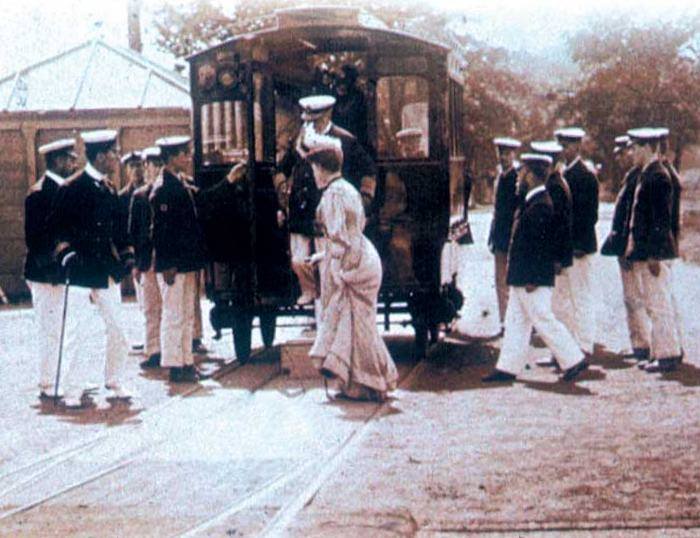 Presmably the royal couple plus accompanying minions had travelled to Portsmouth and arrived by launch at Fort Blockhouse Submarine Base (HMS Dolphin-to-be), as they were physically moved by sailors on the Haslar tramway, which despite having two carriages operating on a 5ft 6in gauge railway line, was never equipped with any form of motive power other than being manhandled. I would assume that they had a look around the submarine base while they were here. Credits to original photographers.