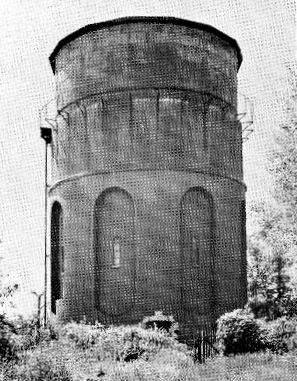 The whole scheme was rather a failure, as within a few months, there were an increasing number of complaints that the water both tasted and smelled a bit off; it was brackish, apparently due to the pumping station and wells being too close to Fareham Creek (about half a mile away), and it was decided in 1903 that the Foxbury site had to be abandoned, having cost some £30,000, which was written off as a dead loss, although the pumps were moved to the new works in the Meon Valley.

The ‘Foxbury Perfume’ smell of the water had been a very sore point locally, giving rise to newspaper articles and the like. A new pumping station was built at Mislingford, in the Meon Valley, and the first water was pumped through to Gosport on 24 May 1907. The amount of water pumped to Gosport daily was 1,250,000 gallons; Foxbury Point was abandoned, and the Bury Cross Works was put out of use from that time, although the substantial wells at Bury Cross were kept for reserve water stocks. Bury Cross Waterworks was demolished in the summer of 1972, and Gosport lost one of its larger places of interest. Credits to original photographers.