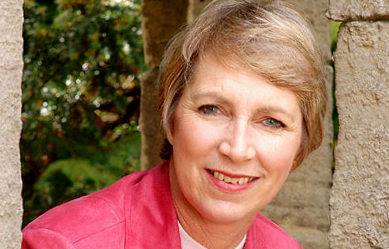 Today in Gosport’s Past:-  on 22 September 1950, TV personality/long-time presenter of “Songs of Praise” was born in Gillingham, Kent. The family moved to Gosport in 1963, living in Privett Road. Pam attended Bay House school, and went on to Great Things after leaving school.

Pam is the elder sister of our very own Terry Rhodes; in the summer of 1972, myself (Dave Rowlands) & a couple of other reprobates found lodgings at the Rhodes’ house in Privett Road, and I’ve met Pam on a number of occasions.

Pam roped Steve Escott and myself in to do a show for “Help the Children” – a charity she was involved with at the time. Chaos ensued. I’ve been great friends with Terry ever since those days, when we used the back garden to build a succession of domes & the like, much to the bemusement of Peggy Rhodes (Pam, Geoff, & Terry’s mum).

Pam now lives in a farmhouse near Bedford/Luton. Fancy ME knowing someone who’s met The Pope… ::D
Credits to original photographers.