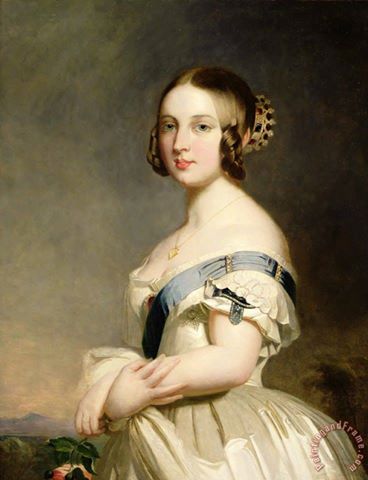 Today in Gosport’s Past:-  on 21 October 1844, Queen Victoria & Prince Albert returned to Windsor Castle after their holiday at Osborne House, on the Isle of Wight, where they’d been staying since accompanying King Louis Philippe as far as Gosport on his return to France on 14th October. With 21st October being Trafalgar Day, the Royal couple had decided to visit HMS “Victory” when they arrived at Gosport, and did so before travelling on by train from Gosport station (the Royal station in Clarence Yard wasn’t in use until 13th September 1845). As a matter of interest, Victoria didn’t purchase Osborne House until 1845, the permanance of which prompted the Clarence Yard extension & station). This was Victoria’s first railway journey FROM Gosport; her first TO Gosport had been on 14th October. Once the Clarence Yard extension was opened the following September, the Gosport route became Queen Victoria’s preferred means of travel to the area, and she would pass through our town at least twice a year until her death in January 1901.
Credits to original photographers.

ALSO Today in Gosport’s Past:- on 21 October 2009, Princess Anne paid an official visit to HMS Sultan; the photo is NOT from this particular visit – it’s from a later visit to HMS Sultan on 18th October 2013 (I couldn’t find any photos of her 2009 visit). The Princess Royal also visited HMS Sultan on Wednesday 3rd May 2006 to celebrate the establishment’s 50 years. Princess Anne is the Patron of the Royal Navy.
Credit to original photographer. 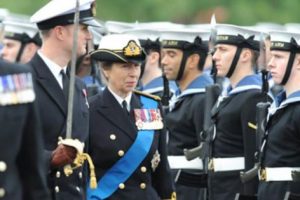