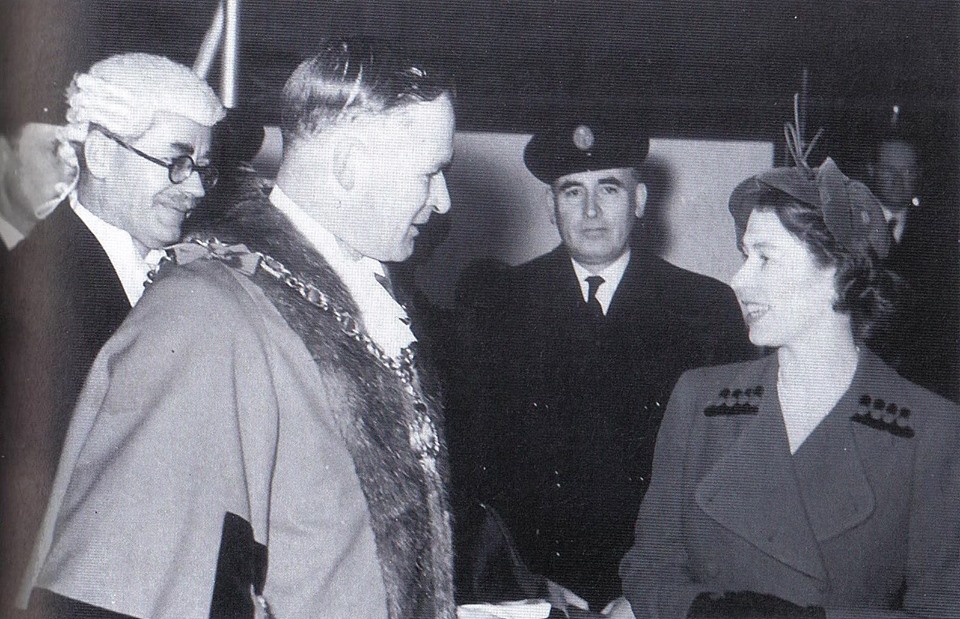 Today in Gosport’s Past:- on 21 November 1952, HM the Queen paid an official visit to HMS Daedalus. She travelled from London Waterloo to Gosport on a train of Pullman coaches hauled by the Bulleid ‘West Country’ Class 4-6-2 34011 “Tavistock”.

Unlike Queen Victoria, she didn’t alight at Gosport station, but Fort Brockhurst, where she was greeted by Gosport’s Mayor, and for some reason, a man in a barrister’s wig. She was driven to HMS Daedalus by car. The return journey began from Fareham.

Queen Elizabeth’s coronation wasn’t until 2 June 1953, but nevertheless, she’d held the title since the death of her father, George VI, on 6 February 1952.

This was probably the last VIP visit by train to Gosport, as the final passenger train from the town ran on 6 June 1953, rather ironically just 9 days before the Queen’s Coronation Fleet Review at Spithead took place, when a good many extra trains were laid on to the area for the thousands of sightseers for the occasion.