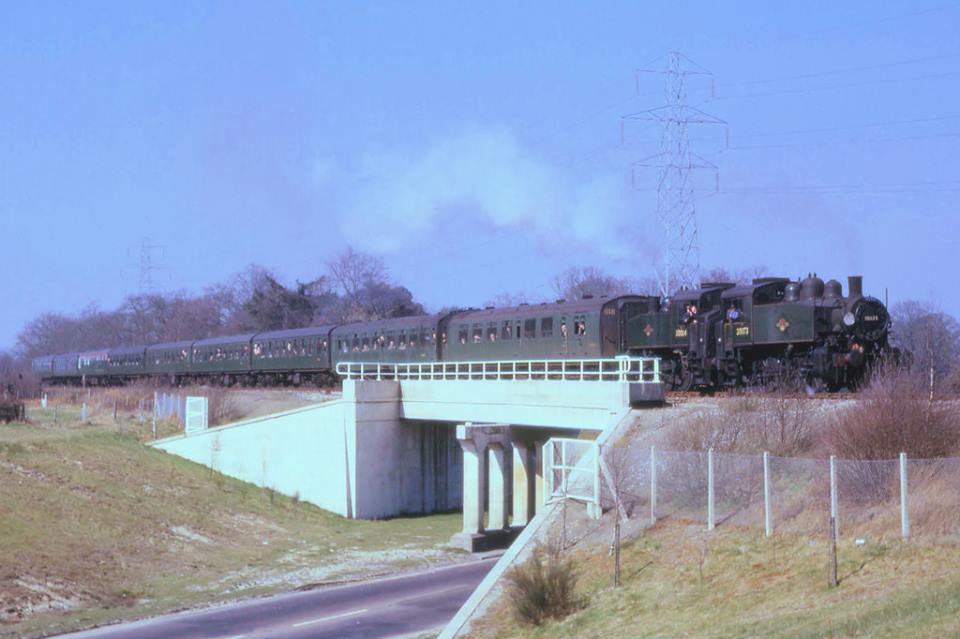 Today in Gosport’s Past:- on Sunday 20 March 1966, Gosport station was visited by the second railtour in two days; this (the third of 1966) was ‘The Solent Rail Tour’ was organized by the Railway Correspondence & Travel Society (RCTS), originating from London Waterloo.

At Fareham, 31639 ran around the train, being joined by 75070, the pair of them double-heading the return trip to LOndon Waterloo, this time the route was via Portchester, Petersfield, Guildford London Road, Effingham Junction, Oxshot, East Putney, Wimbledon, and Clapham Junction.

The somewhat ’round the houses’ nature of this tour was necessary becaise the main line between Basingstoke and Southampton was in the process of being electrified, and this type of engineering work (as we all know) occurs at weekends. This was the last steam-hauled railtour to visit Gosport; only one more ‘special’ visited Gosport station, which was hauled by ‘Crompton’ diesel D6506, and that date was 3 November 1968.

Credits to original photographers; ticket from the John Debens collection.