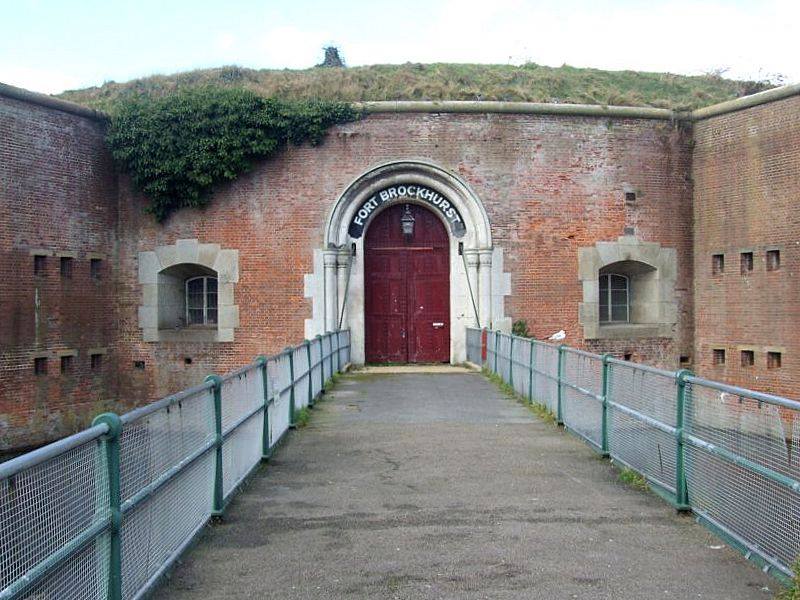 Today in Gosport’s Past:- on 20 December 1862, the construction work at Fort Brockhurst was finished. Work had started on the building of the fort on 31 March 1858, taking almost 4 years and 9 months to complete.

Forts Grange, Rowner and Brockhurst were built at the same time, and were built in alignment with Fort Gomer in the south and Fort Elson in the north, forming the Gosport Advance Line. The final cost of the construction of Fort Brockhurst amounted to £108,909.

Of the three forts, only Fort Grange had a dry ditch, that is to say, a moat without water; At Fort Brockhurst, the keep could be isolated as a ‘keep of last reserve’ with the use of small drawbridges – one at the arched entrance to the keep, on the outer moat, the other at the road access bridge gate; and the inner moat had a rolling bridge which could be retracted into the keep, which had a number of large guns with which to fire upon the main body of the fort should it be overrun by an enemy.

Fort Brockhurst however, was always an Army fort; since the beginning, it had been an Army recruitment centre, and at the end of the First World War, it became a demobilization centre for returning troops. In the 1930s the 4th Medium Regiment were based at the fort, and the Royal Warwickshire Regimant were there during World War Two. The last were 245 Armament Battery, who dismantled the last remaining fixed and anti-aircraft guns in Britain – on the south coast, following the end of the war.

The last troops left Fort Brockhurst in 1957, and the fort was sold in 1962; it became the property of the Ministry of Works (I think), opened to the public for the first time in 1979, and came under control of English Heritage in 1984. The most action Fort Brockhurst ever saw was when a German aircraft dropped a bomb which hit the rear inside of one of the Haxo gun casemates, killing a couple of officers.

Although recently ‘tidied up’, the extensive damage can still be seen near the north demi-caponier (near the right-hand corner of the fort as you enter the fort). Fort Brockhurst WILL be open to the public during the Heritage Open Days in September, and our ever-growing Gosport Area Facebook Page exhibition will be on display for all to see. Watch this space, just in case any other open days occur before then….