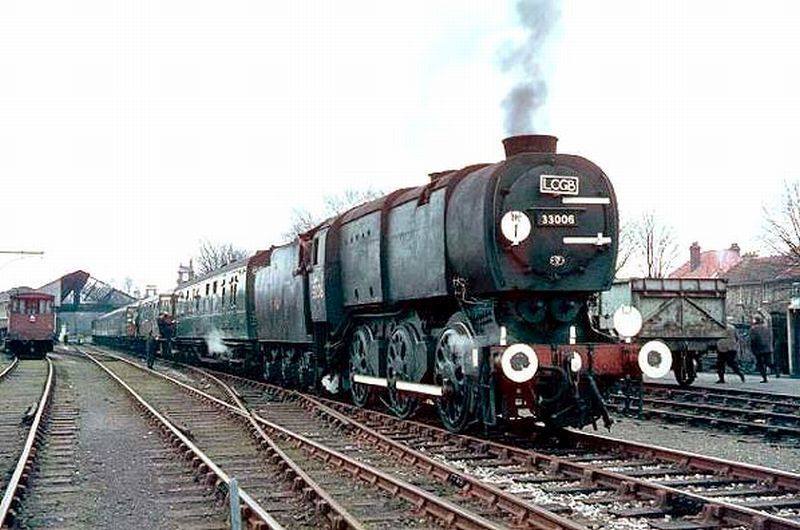 The tour started from Eastleigh, and travelled to Gosport via Botley & Fareham, hauled tender-first by 33006. The passengers had 15 minutes at Gosport to take photos while the engine ran around its train; the tour continued (engine first this time) to Southampton Terminus, via Fareham, Netley & Northam.
At Southampton Terminus, photographers had another 15 minutes to take photos as 33006 was taken off the train, and replaced by ‘USA’ class 0-6-0Ts 30064 + 30073 for the trip to Fawley via Southampton Central, Redbridge & Totton.

Again, a run-round was required at Fawley, where photographers had 20 minutes. The pair of ‘USA’ tanks were replaced at Totton by 33006 again, which then took the railtour to Lymington Pier, via Brockenhurst. It took 26 minutes for the run-round here, and 33006 hauled the return working.