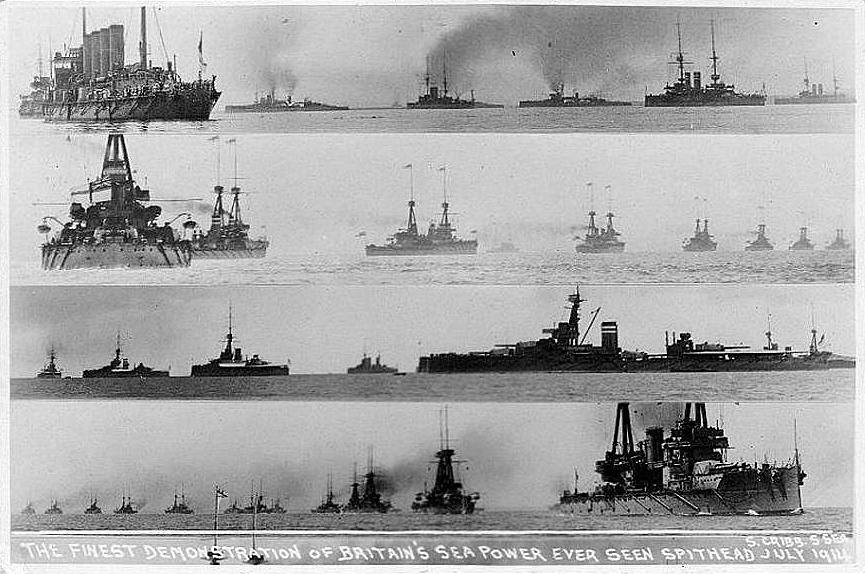 Today in Gosport’s Past:-  on 18th July 1914, King George V was at the Spithead Fleet Review, which lasted three days. The fleet had been mobilized in readiness for war, which was declared just ten days later, on 28th July – The Great War; the First Sea Lord, Winston Churchill, issued an order at 11am on 4th August to all Royal Navy ships & stations: “Commence hostilities against Germany”. The mobilized force consisted of over 100 vessels, including 56 battleships, plus 17 seaplanes.