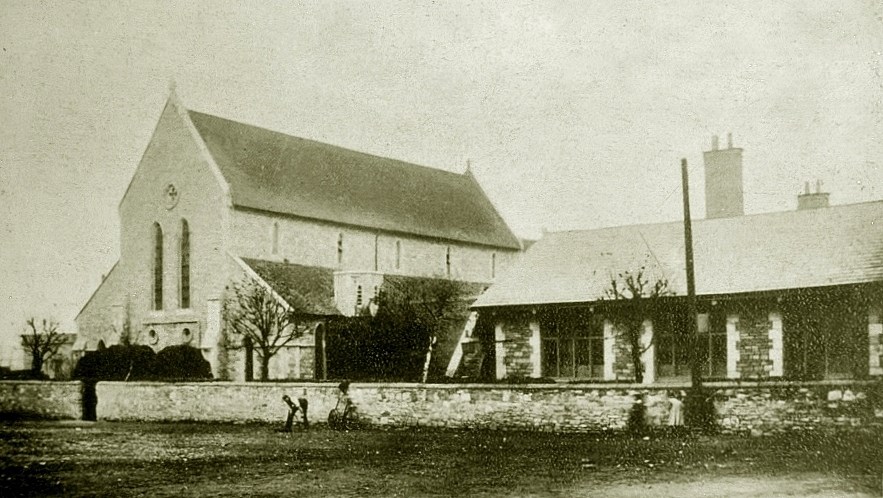 Today in Gosport’s Past:-  on 18 December 1950, St Matthew’s Church was closed, having administered the final services the previous day, a Sunday.

Although I’ve not been able to find any construction or opening dates for the church, the first wedding in the church’s register is given as 1 June 1846, when John Shields (mariner) married Caroline Seymour (spinster).

A school was situated immediately south of the church, just across St Matthew’s Square, for which I’ve also been unable to discover an opening date. The Duke of York public house was directly opposite the east side of the school, and, a little further away, The Clarence Tavern was opposite the west side, at the north end of Clarence Road.

The church, and houses in the square were demolished in 1959, so presumably the school closed and was demolished around the same time. The whole site is now occupied by Rope Quay flats.