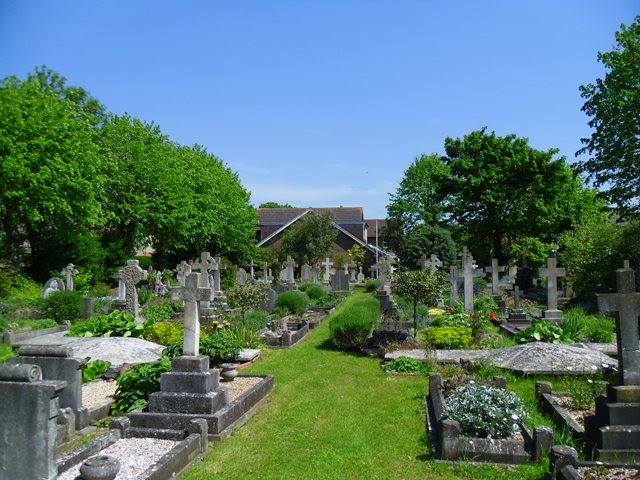 Today in Gosport’s Past:- on 13 February 1853, Robert Cruickshank died. For those not familiar with the name, Cruickshank is known primarily for having The Crescent built, and Angleseyville was his brainchild, but he was a man of vision, and full of ambitious projects.
He was born in 1787 in the West Indies, where his parents ran a sugar plantation. He studied law, moving to Montreal, Canada for a while before coming to Gosport in 1806 at the age of 19, joining a company of attorneys in Clarence Square. Within six years, he’d become secretary of a local firm responsible for demolishing the OLD Market House, which was in the centre of Middle Street (later High Street), and building the new Market House at the east end of the road, on the north side, where The Ark Royal was later built.
The building of The Crescent was his masterpiece, and had his dream of Angleseyville been completely fulfilled, it would have been even more impressive. The Anglesey Hotel was officially opened on 18 May 1830, The Crescent itself being completed in 1831; the gardens opposite containing the reading room and bath house were opened around this time.

Had Cruickshank’s ambitions been realised, there would have been a mirror-image crescent from the end of St Mark’s Road (formerly North Terrace) stretching eastward towards Monckton, to be known as Fleming Terrace, but sadly this was never built. He also had a racecourse built for horse racing; it’s thought that the course was in the then-vacant land north of Anglesey Arms Road from St Mark’s Road to Anglesey Road, with Clayhall Road on the north side (opposite Kickergill and where the Brodrick Hall was later built). The first races were held at the course on 28 August 1832.

Having learnt in 1840 that the railway would be coming to Gosport, Cruickshank had put forward plans for an extension railway from Gosport to Gilkicker, where he’d also planned a harbour where Fort Gilkicker is now, but his plans were rejected by The Powers That Be, as they thought Gosport wasn’t ready for such things at that time. And all this before the railway was actually built! Since the only access road suitable for vehicles was The Avenue, the next thing was to enable the public to get more directly to Angleseyville, and he succeeded in building a toll bridge across Haslar Creek, officially opened on 1 April 1835. In 1840, he’d managed to introduce the floating bridge between Old Portsmouth and Gosport Hard, with a second vessel in service the following year. 1843 saw the building of St Mark’s church in North Terrace, which was then renamed St Mark’s Road.
After Cruickshank’s death, the racecourse fell into disuse, and was left to get overgrown, as did the bath house & reading room eventually, being demolished around 1951. St Mark’s church was demolished around 1911, but the churchyard remains. The Stokes Bay Railway opened in 1863, closing in 1915, the floating bridge service ended in 1959, the Market House and Haslar bridge were bombed in 1940, although both soldiered on (in a rather amended way) for many years. Robert Cruickshank is buried in the churchyard he’d had built in St Mark’s Road.