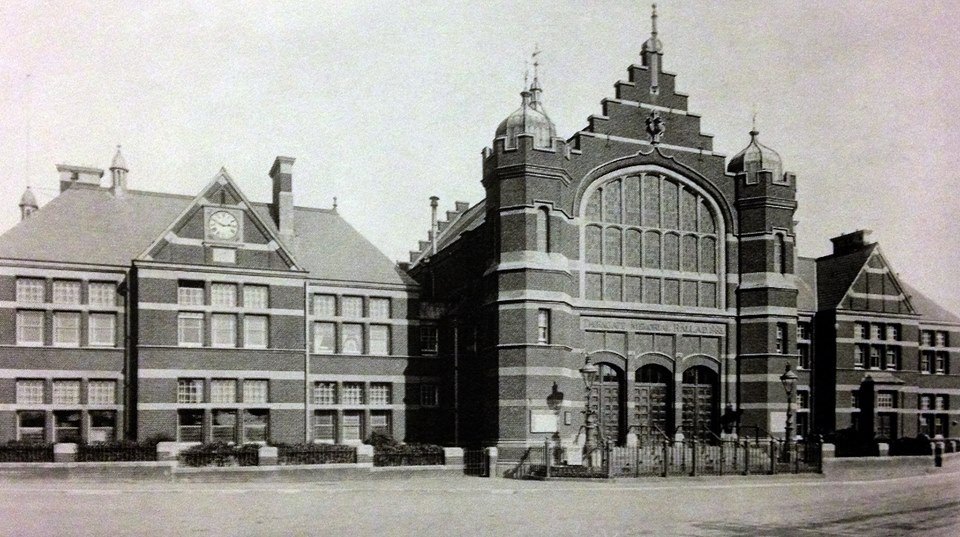 Today in Gosport’s Past:-  on the night of 10 January 1941, a German air-raid caused a great deal of damage in Avenue Road and the nearby area, causing a number of deaths, and The Ritz cinema was another victim, as was The Thorngate Memorial Hall (built 1885), which stood next to the town hall – the roof was destroyed, and the hall was soon demolished (I’m guessing this was bombed during the same air-raid, since it was close to the Ritz).

The Ritz, which had only been open since 4 March 1935, didn’t reopen again until October 1958, after it had been completely rebuilt, Credits to original photographers.

ALSO Today in Gosport’s Past:- on 10 January 1972, torpedo boat CMB 103 was moved from her plinthed position at HMS Hornet to the Imperial War Museum for restoration.

CMB (Coastal Motor Boat) 103 was one of twelve 70-foot motor torpedo vessels ordered in 1918, of which only five were actually built in 1921/22 at Camper & Nicholsons, Gosport. CMB 103 was built in 1922, and was put immediately in reserve. She had two Thornycroft Y12 or Y24 engines, carried a crew of 6, had a top speed of 37 knots, and would have been armed with 6 Lewis guns, 4 magnetic sinker mines, or 4 depth charges, or 6 torpedoes; these would be launched from a sloping stern, as no torpedo tubes were fitted.

Torpedoes would be launched facing for’ard, and would be connected to the vessel until the motors were started, at which time the CMB would have to get out of the way to avoid being hit by its own torpedo.

The MCBs were brought back into service in the English Channel in 1942/43 in a reconnaissance role including preparations for the D-Day landings of June 1944. In 1944 CMB 103 was part of Force J at the Normandy invasions. They were paid off later in 1944. CMB 103 was placed on the Historic Ships Committee Register at this time, and purchased for preservation by officers of Coastal Forces. in 1965 CMB 103 was put onto a plinth ouside the entrance of HMS Hornet, close to the Haslar end of Haslar bridge. CMB 103 was further restored in August 2011, and can now be seen on display in Chatham Historic Dockyard.
Credits to original photographers.