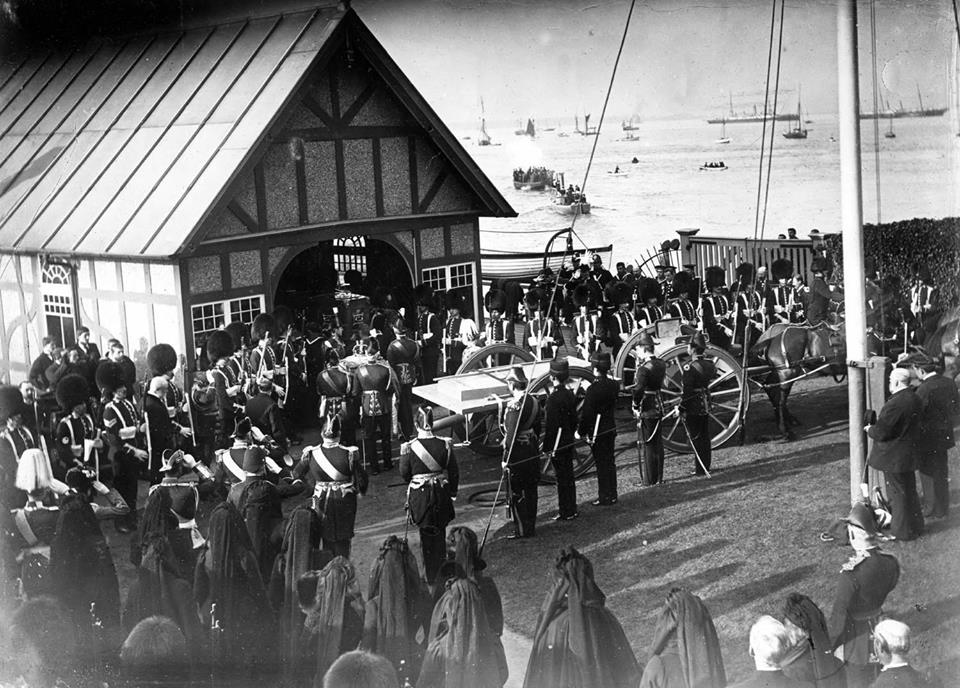 Today in Gosport’s Past:-  on 1 February 1901, Queen Victoria made her final journey from the Isle of Wight to Gosport when her coffin was brought to the Royal Clarence Victualling Yard. The coffin was transported to West Cowes from Osborne House, and transferred to the Queen’s private launch, the “Albert” at Trinity Quay, thence to Gosport.

I’ve read two conflicting reports: one states that the coffin remained on board “Albert” until the following morning, the other reports that the coffin was loaded on board a coach/van of the royal funeral train, and was kept under guard behind the guardhouse of the New Barracks (later St George Barracks), on the stretch of recently relaid track leading east from Weevil Lane. I’m more inclined to believe the latter, but who knows? Whatever the case, the funeral train left Gosport on 2 February.