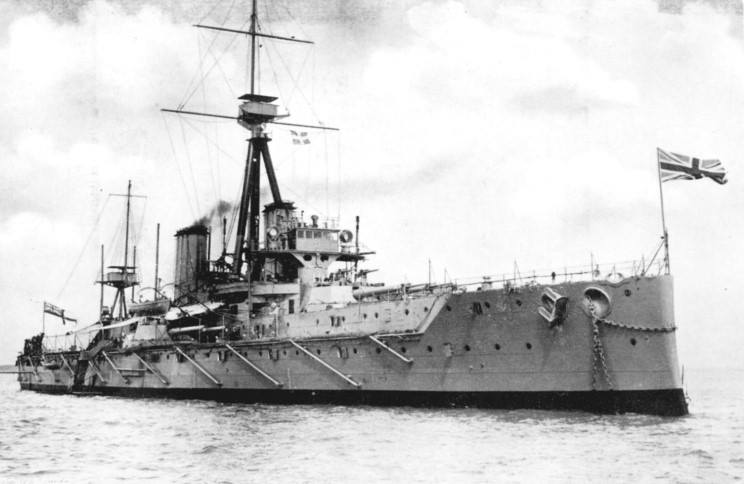 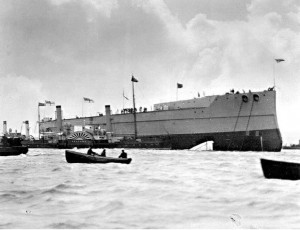 Today in Gosport’s Past:- on 1 December 1921, the revolutionary HMS Dreadnought was sold for scrap at Rosyth. This ship was a major milestone in Warship design, with central banks of large guns instead of a mixture of large and smaller guns scattered around, and gave rise to a worldwide ‘Dreadnought’ type of warship. She was ordered in 1905, laid down on 2 October 1905, and launched on 10 February 1906 in Portsmouth dockyard; the ship was also the first Capital ship to be equipped with steam turbines, thus becoming the fastest battleship in the world at the time. Commissioned on 2 December 1906, “Dreadnought” didn’t really get a chance to ‘strut her stuff’, as she was undergoing a refit during the crucial Battle of Jutland in 1916, the only occasion during WW1 when a British ‘Dreadnought’ actually got to fire at a German equivalent.

However, shed did see action in 1915, when she rammed and sunk German

U-boat U29 when the sub rose to the surface after firing a torpedo at another British ‘Dreadnought’; the captain of this particular U-boat had been responsible for the sinking of British cruisers “Hogue”, “Cressy, and “Aboukir”. This is the only time a battleship ever sunk a submarine.
HMS “Dreadnought”, the 8th British warship to carry the name, was decommissioned in February 1919, put in reserve, and was scrapped in 1923. It should be noted that the building of the ship only took around 4 months; some of this can be accredited to many parts of the ship being supplied in prefabricated sections. However, it should be also be noted that at that time, Portsmouth had a reputation as having the fastest shipbuilding dockyard in the world…
Here’s some pics; credits to original photographers, as ever.